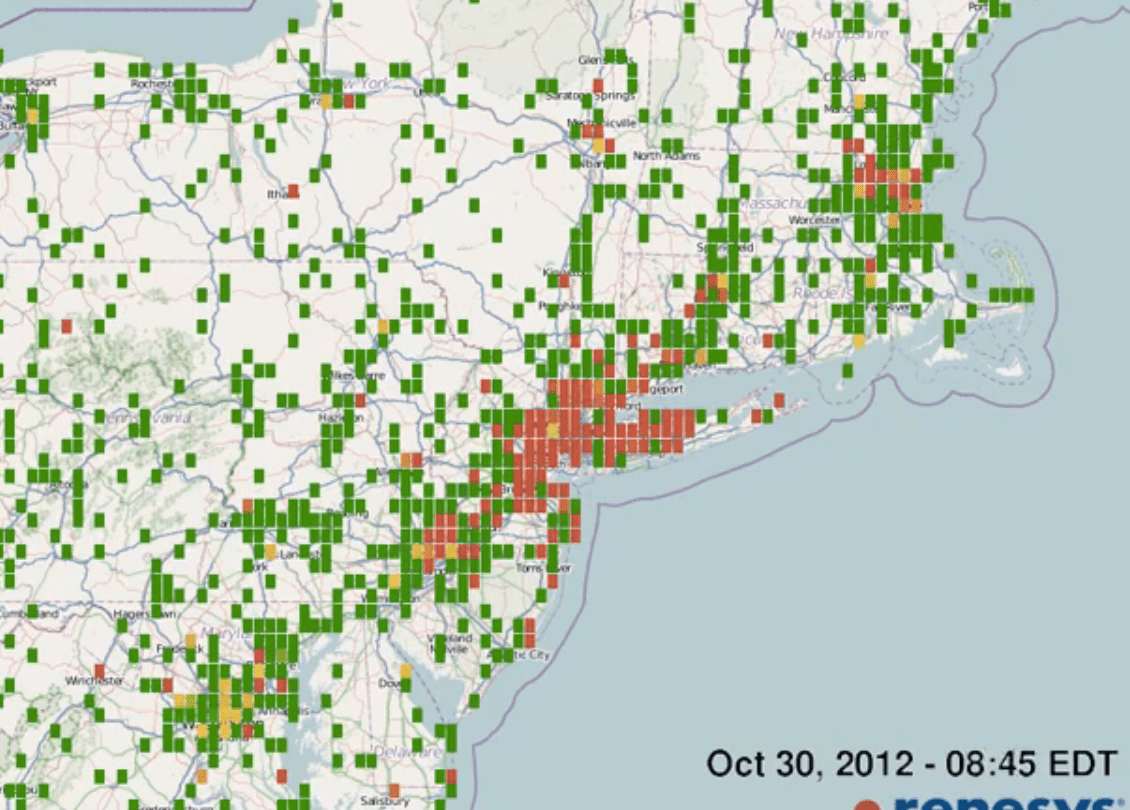 There’s no doubt that Hurricane Sandy was an absolutely devastating storm for the northeastern United States and now we have a video showing how the storm methodically ripped apart the region’s Internet connectivity. Internet intelligence firm Renesys has created a short animated video that shows status updates on various web hubs across the eastern seaboard as Hurricane Sandy barreled through the area on October 29th and October 30th. Renesys says that when a given hub switches its color from green to red, it means that “more than 5% of the networks at that location have been removed from the global routing table, meaning that they can’t be reached by anyone.”

“Five percent doesn’t sound like much, but consider the Internet density in the affected areas!” the firm writes on its blog. “In fact, Manhattan’s outage rates were much higher — on the order of 10%, which is impressively low given the fact that ConEd cut power to much of the island. Silencing ten percent of the networks in the New York area is like taking out an entire country the size of Austria, in terms of impact on the global routing table. The 90% that survive are in data centers, running on generator power supplied by engineers who do not sleep much.”

The full Renesys video is posted below.