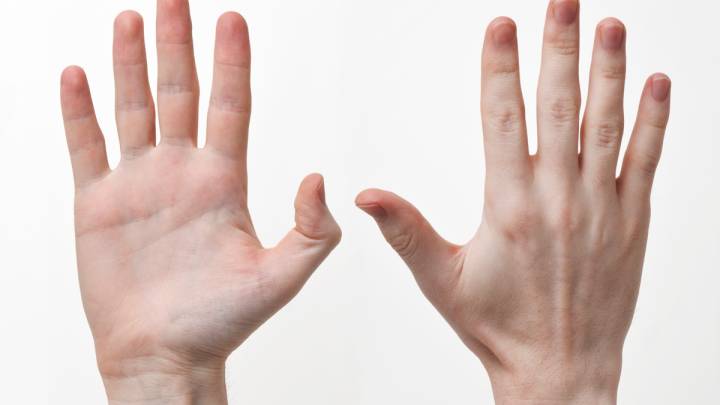 You probably don’t spend a lot of time thinking about why our hands are so weirdly shaped, but there are scientists who devote plenty of time to the matter. In fact, there are several theories out there that explain why human hands are shaped differently than a primate’s as part of our quest for a better understanding our evolution.

DON’T MISS: The biggest indication that Apple Watch is a dud so far

In short, our fingers might be bulky and uneven for various reasons, and all theories suggest the evolution of the hand is tightly related to its functionality.

According to Gizmodo, one theory says that at some point in our distant past, we needed better tools and we also needed to have stronger grips to use them correctly. Scientists have discovered that, over the years, tools became more and more complex, which means that making and using them also required a more specialized hand.

The main difference between a human and a primate hand is that we have opposable thumbs, which let us grab objects better than primates. Add to that the precise shape of the fingers, the shapes of the bones, the structure of fat and muscle tissues, and we end up with a highly sensitive organ that’s capable of providing both finer and stronger moves than a hand of a primate.

A second theory says that the point of the hand is to grasp with precision and with power — a precision grip is highlighted by the way a pitcher holds the ball before throwing it in a baseball game, while the power grip can be seen when looking at a hand holding an axe.

Finally, there’s a third, more interesting theory that basically says the shape of our hand is dictated by the most primary weapon we can wield: A fist. When making a fist, there’s no space between the fingers, every bone and the fat around it fit perfectly to form a powerful tool. It’s impossible to make a fist similar to the human fist with fingers that have the same shape and size.

It’s likely that a combination of factors helped morph the hand over the years — it all happened as far back as 1,400,000 years ago — into what it is today.

For more details about the human hand’s anatomy in relationship with these theories and its evolution, check out the full article by following the source link.