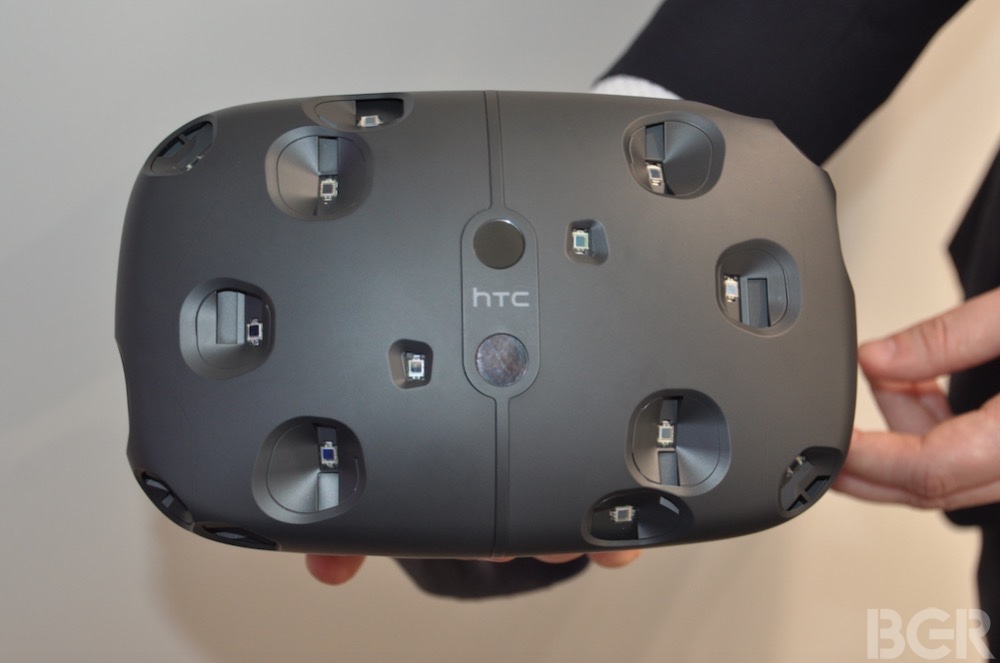 HTC had a surprising announcement at the end of its HTC One M9 Utopia media event on Sunday, a “one more thing” moment of its own in which it announced a product that nobody saw coming: the HTC Vive virtual reality headset developed in cooperation with Valve. The device is as real as it gets, but it’s not ready for primetime, and all I could do was look at it while at HTC’s booth at MWC and wonder what it’ll have to offer.

As you can see in the images above and below, the Vive looks gigantic, probably slightly bigger than Samsung’s Gear VR headset, which uses supported smartphones to offer users a virtual reality experience.

However, HTC is taking a different approach than the Galaxy phone maker, as the user will not need to insert a smartphone inside the Vive to get his or her VR experience going. Furthermore, considering that Valve is involved in the project, there are even more reasons to be excited about HTC’s VR plans.

The Vive won’t be ready for developer testing starting this spring, at which point we’ll know more details about what it has to offer and how it fares against the competition.

HTC already has a site dedicated to its VR project, HTCVR.com, where it lists some of the most important features of the headset. The company teases a stunning visual and audio experience, “vivid and lifelike enough to transport you to another place,” though, unfortunately, that can’t be tested yet.

Specs-wise, the device will offer 1200 x 1080 resolution for each eye, and a 90 frames per second refresh rate that should be good enough to deliver “photorealistic imagery.” On top of the device, you’ll also find a variety of ports for connecting the device to other gadgets, including your computer.

A variety of sensors can be found on the front of the Vive, and they can already be seen in these pictures. On-board sensors include a gyrosensor, accelerometer and laser, which can accurately track the movement of your head and deliver matching VR experiences.

At least that’s how it all should work once HTC and Steam are ready to launch it.