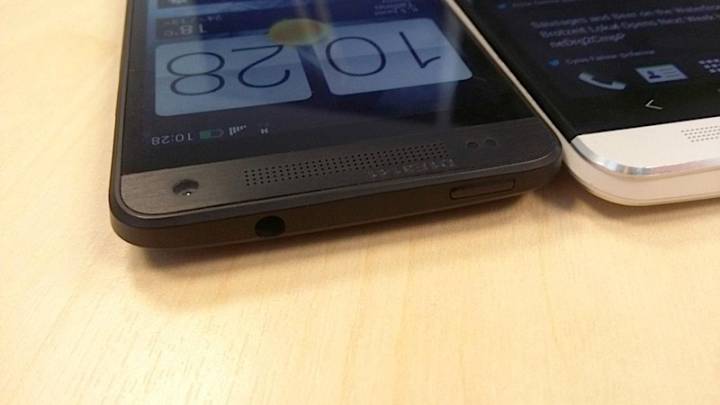 BGR reviewed the HTC One in April and called it the closest thing the world has ever seen to a no-compromise smartphone. Among our minor quibbles was the fact that the phone is definitely on the larger side of manageable, though this is certainly a highlight for many phablet-obsessed users. If you’re like us and would have preferred that the One be a bit smaller, it looks like HTC is about to launch the perfect Android phone for you. Estonian gadget blog Delfi on Wednesday published photos of the upcoming HTC One mini, and it looks fantastic.

The One mini appears to pack everything its larger variant does, but with slightly less punch — and slightly less bulk. Rumored specs include a 4.3-inch 720p display, a dual-core processor, 2GB of RAM, 16GB of storage, a 4-megapixel UltraPixel camera and Android 4.2 Jelly Bean with HTC’s Sense 5 software.

Delfi’s unnamed source says the phone will launch in August in Europe with a €400 full retail price, but there’s no word yet on U.S. release details.

Additional photos of the HTC One mini follow below.