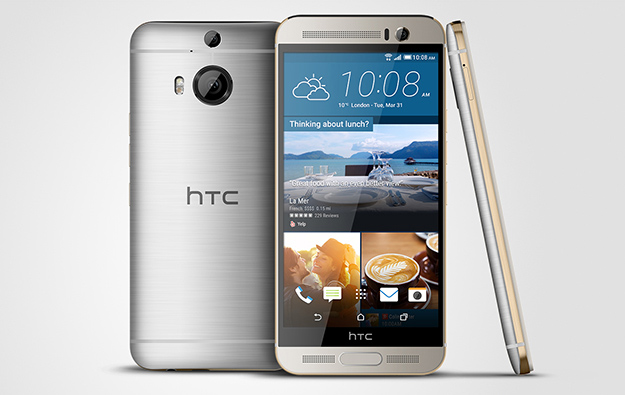 HTC’s upcoming new flagship HTC One M9 smartphone is a terrific handset that will launch in the United States this coming Friday. We sang the phone plenty of praise in our in-depth HTC One M9 review, though we did complain that the device is a bit too similar to its predecessor at a time when differentiation is of the utmost importance, especially since Samsung’s new Galaxy S6 has been redesigned from the ground up.

Meet the HTC One M9+, the sleek new HTC smartphone you’ll almost certainly never own. Featuring an all-metal design very similar to the M9, the Plus model brings several interesting new features to the table including a 5.2-inch 2K display, a 20-megapixel Duo Camera, a new MediaTek Helio X10 core processor and a front-mounted fingerprint reader.

In a nutshell, it’s the phone you were probably hoping for ahead of the HTC One M9’s debut.

The phone is available in China only, and HTC had this official statement to offer regarding availability elsewhere:

HTC is excited to bring the HTC One M9+ to customers in China, where we have worked closely with mobile operators to create a phone with the right balance of screen size, processor performance, software, and radio network compatibility to meet consumers’ needs. Ranging in other markets will be confirmed locally at a later date. The One M9+ is not currently planned to be released in North America or Europe, where we believe our flagship HTC One M9 is the best choice for blazing fast performance, incredible sound, and network compatibility across the broadest range of operators.