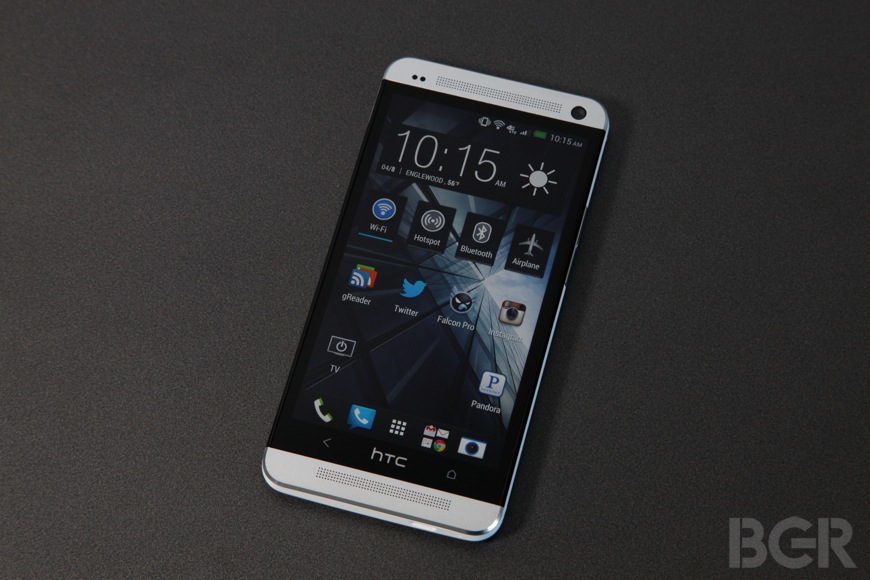 After some questionable images showing the HTC M8 smartphone hit the web earlier this week that purportedly revealed the back side and also the front side of the handset complete with a turned on display, @evleaks has posted an image that shows the purported homescreen of the device.

The new picture seems to show the new version of BlinkFeed, while also featuring the on-screen buttons that were present in previous rumors and reports. However some of the other expected Sense 6 features, including the user interface that’s expected to be found on top of Android on this handset, aren’t shown.

When comparing @evleaks’ image with earlier pictures showing the turned on display of the handset, one can immediately notice the resemblance of the bottom part of the screen when it comes to icon placements and on-screen buttons – the only difference seems to be in the color use for some of these icons. As for the notifications area, the two images differ when it comes to the placements of various elements.

The HTC M8 is expected to be soon unveiled and launched in various markets, with HTC One 2 or HTC One+ being rumored as the potential commercial names for the handset.