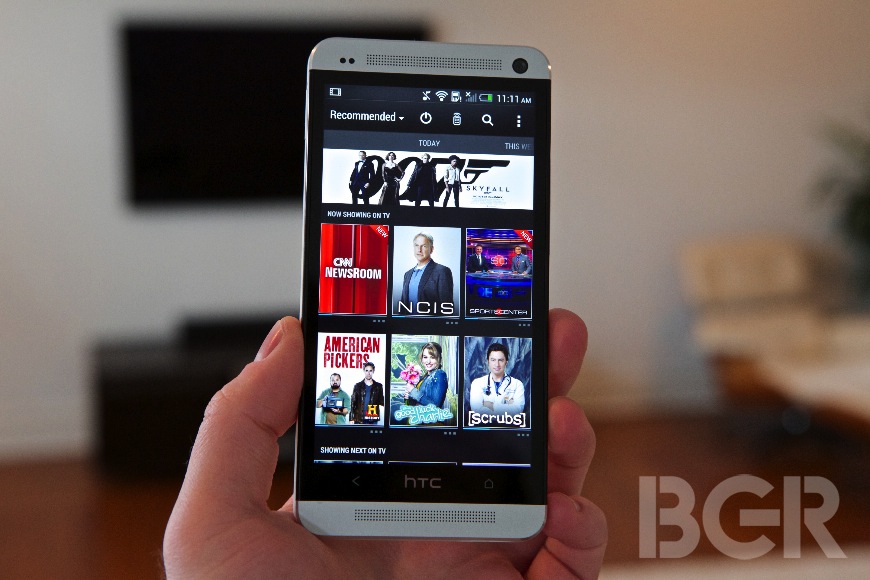 The HTC One features the most beautiful design and the sleekest build of any Android phone that has ever been made. There isn’t even really a close second. The handset’s gorgeous metal case is contoured perfectly to the hand and the front-facing speakers with micro-drilled metal covers add style and unrivaled sound quality. We even made it official when we named the HTC One the best-designed smartphone of 2013 this past December. As great as the phone is though, it’s starting to get a bit outdated in terms of specs — but HTC fans shouldn’t worry, of course, because the phone’s successor is right around the corner. And now, HTC’s upcoming One sequel has been pictured fully assembled for the first time.

In a post on Twitter by HTCFamily.ru on Tuesday, we can finally see the finished product following months of HTC “M8” component leaks. The phone can only be seen from the back, however the front of the handset is thought to resemble the original HTC One very closely.

As can be seen in the leaked image, the new HTC One model appears to feature dual camera lenses on the back, along with dual-LED flashes. This could indicate an integrated 3D imaging feature or perhaps the ability to capture adjustable-focus images like a Lytro camera.

Beyond that, little else can be gleaned from this leak.

Earlier reports suggested that HTC’s One successor will feature a full HD display, a 2.3GHz quad-core Snapdragon 800 processor, an improved Ultrapixel camera and Android 4.4 KitKat. The handset may be announced at Mobile World Congress later this month, which would likely be bad news for HTC as the new Galaxy S5 takes center stage.

The leaked image follows below.