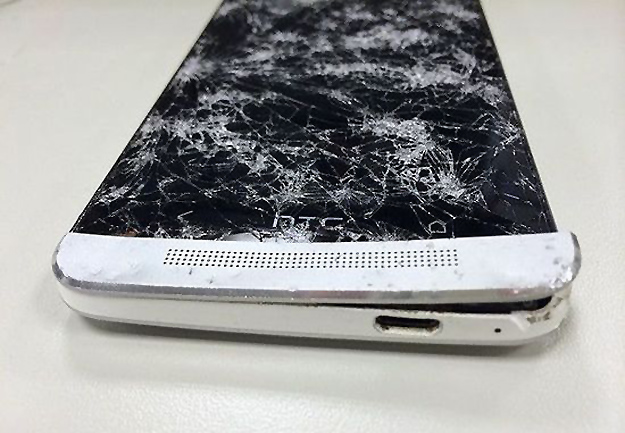 HTC makes some of the greatest smartphones in the world — in fact, last year’s flagship HTC One is easily still one of the best Android phones that has ever launched — and now consumers in the United States have yet another reason to consider HTC when purchasing their next smartphone. The Taiwan-based vendor on Tuesday announced a new program called HTC Advantage, an industry first that takes much of the pain out of one of the most painful things that can happen to your smartphone.

In the few moments following the point at which your smartphone slips out of your hand, time seems to slow down as the device spirals toward the ground. Then, following the inevitable impact, the sweat begins to build on your brow as you reach down and retrieve your phone to see whether or not the handset’s glass face has cracked.

For people in the U.S. who buy HTC smartphones moving forward, that fateful moment will soon be followed by a sigh of relief.

HTC Advantage is a new free program that will automatically accompany every HTC One series smartphone sold in the U.S. beginning immediately. In a nutshell, the program guarantees two things: first, HTC promises that it will continue update its smartphones to the latest version of Android for up to two years following launch. Second, in the event that an HTC One series smartphone owner cracks the screen on his or her phone within the first six months of purchasing it, HTC will replace the cracked display for free.

“We recognize that people spend good money to buy smartphones. Creating premium products that offer customers the best and latest has always been the HTC way, and now we’re carrying that commitment beyond the handset purchase to ensure customers remain satisfied beyond day one,” HTC Americas president Jason Mackenzie said. “In line with our history of firsts, we want to be the first to protect the investment customers make in our premium devices.”

The HTC Advantage program launches Tuesday and more information can be found on HTC’s website.