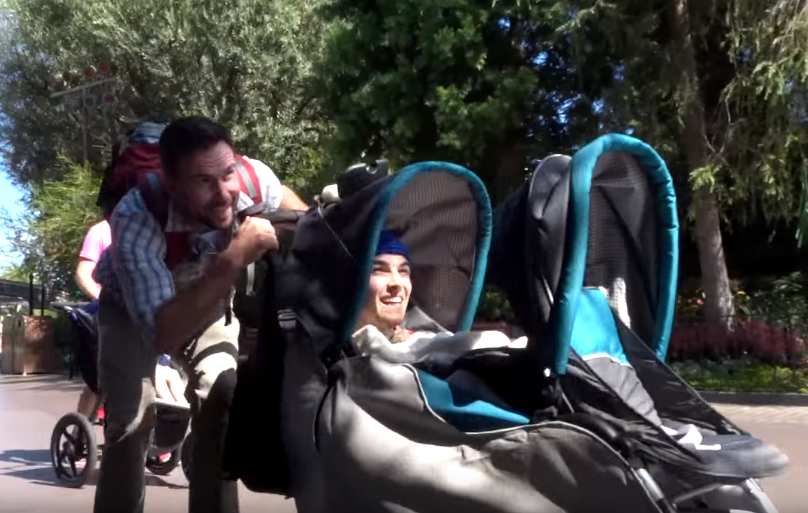 Disneyland is awesome. It’s also expensive. Very, very expensive. This is why The Hacks Of Life decided to make a guide for sneaking into the happiest place on Earth, even though we think the chances of it actually working for most people are almost nonexistent. As you might have guessed from the picture above, it involves buying a giant baby stroller and hiding your friend inside it as you pass through the gate.

FROM EARLIER: Man spends 2 days taking LSD and watching ‘The Simpsons,’ here’s what he wrote

Of course, getting into Disneyland is only half the battle since you also have to pay for plenty of other things once you’re inside the park. This is why the video also shows people creative ways for cutting in line to get to the rides and how to score free merchandise by lying about how your upset child supposedly lost his Mickey Mouse doll.

Our favorite bit, however, was the way they got around paying exorbitant sums of money for food while at Disneyland: They bought a super-cheap burger from the local convenience store, wrapped it up in a Disneyland burger wrapper that they found left on a table, and then went to complain that the burger they’d bought had grown cold. Just like that, they were given a fresh replacement burger.

As we mentioned earlier, we have some serious doubts about any of these life hacks actually working in real life. But watching them in action is very entertaining. Check out the video below.