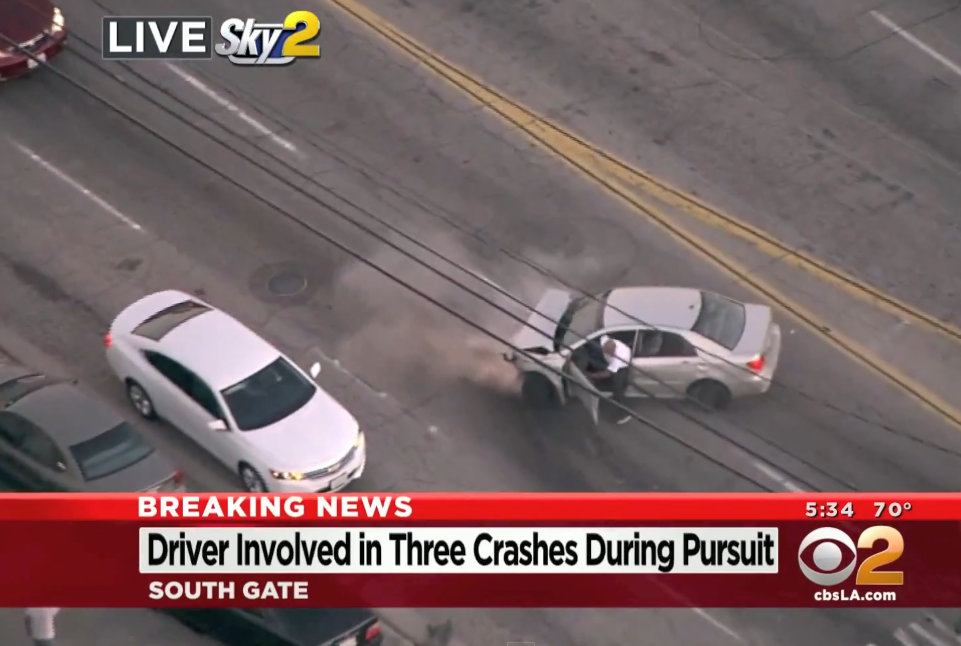 Repeat after us: Grand Theft Auto V is a video game, not a life instruction manual. YouTube account MySocalNews has posted a huge 25-minute video of a police chase that occurred in Los Angeles this week involving an armed man who did everything in his power to make Trevor Philips seem like a paragon of responsible driving by comparison.

DON’T MISS THIS GUY TOO: Crazy man runs from the cops using the same techniques that work in Grand Theft Auto

The man spends the first 15 minutes of the video driving the wrong way down busy streets, driving in between cars in two-lane highways and getting into at least three separate crashes. After his third crash at around the 15-minute mark, the car is too damaged to keep driving, so he gets out of it, pulls a gun on a nearby driver and forces them out of the car.

LAPD eventually catches up to the perpetrator and captures him alive, all without any major accidents or harm to civilians.

The fact that this takes place in L.A. is all the more appropriate since GTA V takes place in the fictional city of Los Santos, which was based directly on California’s City of Angels.