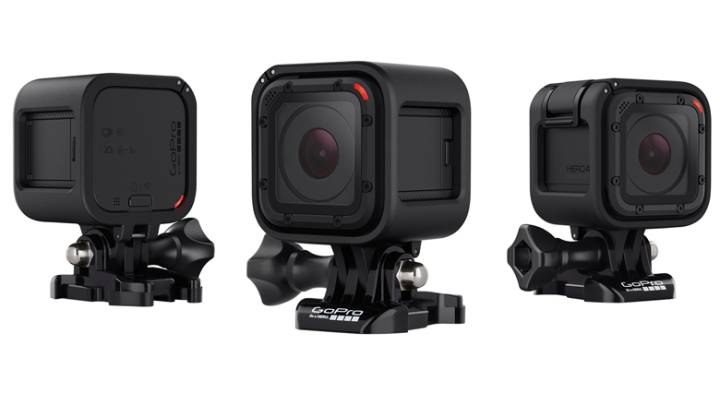 Because GoPro’s camera weren’t small enough already, the company has decided to shrink its product once again with the GoPro Hero4 Session. It’s 50% smaller and 40% lighter than the flagship Hero4 Black and Silver cameras, but still maintains the high image quality and performance you expect from a GoPro device.

“With HERO4 Session, we challenged ourselves to produce the smallest, lightest, most convenient GoPro possible,” said Nicholas Woodman, GoPro founder and CEO. “HERO4 Session combines the best of our engineering and user-experience know-how to deliver our most convenient life-capture solution, yet.”

The Session is capable of recording 1080p60, 720p100 and 1440p30 video, as well as capturing 8-megapixel photos in Single, Burst and Time Lapse modes. The SuperView, Protune and Auto Low Light recording modes from the other Hero4 models are also available on the Session.

The Hero4 Session features a one-button design that makes it extremely easy to use. A short press of the shutter button turns on the camera and begins recording automatically, a long press starts a Time Lapse photo capture and a second press saves the photo or video and powers the camera down.

GoPro says that the Hero4 Session will be available to purchase from authorized retailers and GoPro.com for $399.99 starting on July 12th. See what the new camera is capable of in the video below: