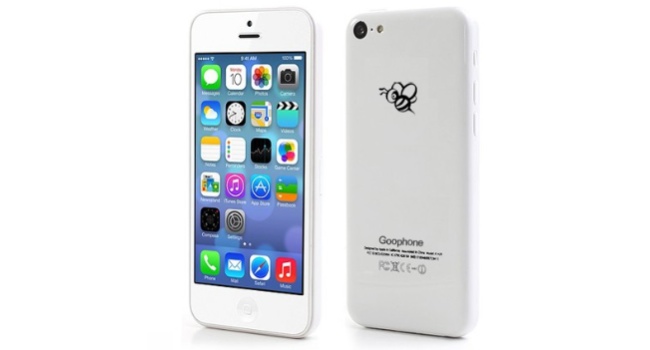 Apple may have trouble making headway into China with its budget iPhone as long as the knockoff artists at GooPhone are on the prowl. GizChina reports that GooPhone — which has already brought the world gems such as the GooPhone i5 and the GooPad mini — is planning to release a new budget device called the Goophone 5C in September that will sell for just $99.

GizChina claims that the budget GooPhone will feature a 4-inch QHD display, a 1.2GHz dual-core processor, 1GB RAM and an 8 megapixel rear-facing camera, which are pretty good specs for a $99 phone. If Apple succeeds in launching the iPhone 5C on carrier China Mobile it will be interesting to see whether GooPhone follows through with its long-threatened lawsuit against Apple for allegedly violating its patents for designs that it copied from leaked pictures of Apple devices.