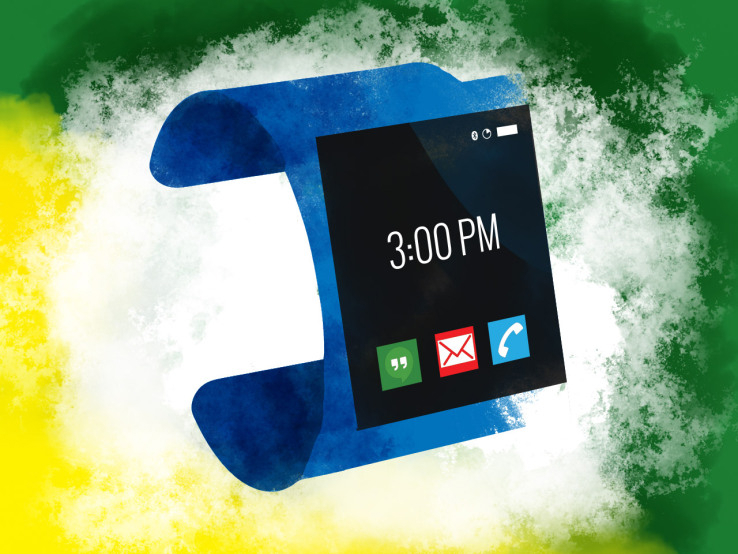 Google may soon unveil its first smartwatch, according to new information revealed by TechCrunch and @evleaks. According to TechCrunch, the unnamed Google smartwatch has been in development for a while and may launch as soon as mid-March, although there’s also a possibility the device could be pushed back to June. @evleaks says the device is made by LG for Google, and will be unveiled at this year’s Google I/O event that’s scheduled to take place in the second half of June.

TechCrunch says that the Google smartwatch prototypes were initially sporting a Pebble Steel-like design, although the company may be willing to launch the device with a plastic band instead of metal. The device would pack a “colorful digital display featuring a gradient background where colors gently fade from one to the next.”

While the Google smartwatch is expected to look “like a cheap smartphone” according to sources familiar with the matter, it will not work as a standalone device. Instead, it will require a Bluetooth LE connection to an Android device to offer notifications. A late October 2013 report from The Wall Street Journal said such a device would also deliver Google Now alerts. It’s not clear whether the smartwatch will offer support for fitness and health apps, and the publication says that it may not offer the same “range of apps like Pebble’s watch does today.” Instead, third-party apps developers may have to wait for future updates before they can start building apps for the device. HTC has been recently rumored to be working on a Google Now-based smartwatch of its own.

A Google team that apparently includes designers from the Android team is developing the smartwatch, although other details about the project haven’t been revealed.

“The smartwatch prototypes are currently on lockdown in a Google building, under high security, and they’re not able to be taken out for fear that news will leak,” TechCrunch writes.

It’s not clear what branding the Google smartwatch will have, or whether it will be included in the Nexus family of devices – a brand that rumors say will disappear by next year, and be replaced with a family of devices based on the Google Play Edition family. @evleaks, who has been accurate with details about unreleased devices in the past, has not provided a name for the gadget either.