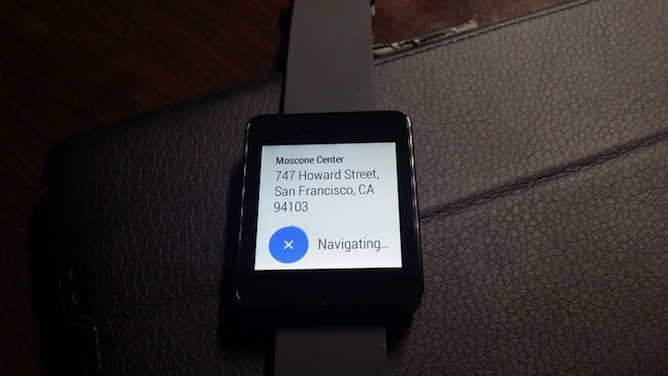 Google updated its Google Maps app for Android including support for its newly launched Android Wear operating system for wearable devices, Android Police reports. That means developers and members of the press who got either the LG G Watch or the Samsung Gear Live at I/O 2014 will now be able to use Google’s popular navigation application on their new smartwatches.

The Google Maps for Android version 8.1.1 is already available for download from the Google Play Store, and fixes various bugs in addition to bringing support for Android Wear devices. Smartwatch buyers will be able to issue commands to Google Maps via their Android Wear devices only after installing the latest app update on their Android devices, as the previous app version does not work with Google’s wearables OS version.

The Android Wear component of the Google Maps application will be automatically sent to the smartwatch once downloaded, receiving updates in a similar manner.

The G Watch and Gear Live are the first Android Wear devices that started selling, with both of them available for pre-order from the Google Play Store for $229 and $199, respectively, although they won’t ship to buyers for a few more days.

The more exciting Moto 360 – at least when it comes to design – will not be available until later this summer.