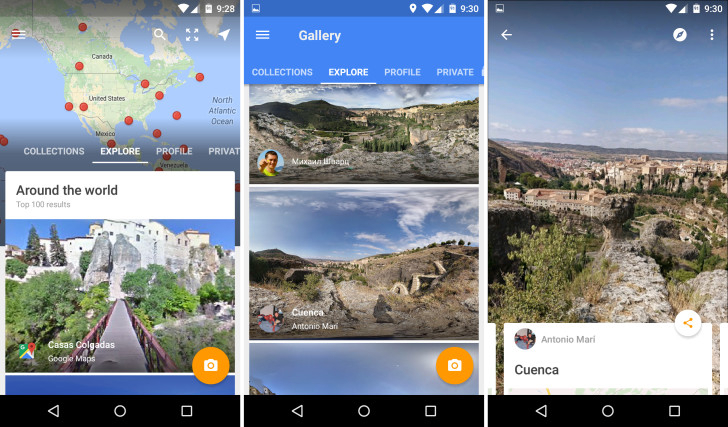 Google just released a brand “new” app for Android devices that should further improve your navigation and directions Google Maps experience. The feature is hardly new, though, and you’ve been using it all this time on both mobile and desktop — the difference is that Google has now turned it into a standalone application that’s already available for download from the Play Store.

After making Street View even more accessible from Google Maps for Android not too long ago, Google decided to turn Street View into a separate application that some users might appreciate.

As Android Police notes, Google Street View has always been a separate APK integrated into Google Maps on Android, so it seems natural to see Google turn it into its app.

In fact, it’s Street View v2.0 that’s available from the Play Store as a free download, rather than a v1.0 version of the app.

One of the major new features of Street View concerns the VR-video-recording spherical camera rigs that Google introduced earlier this year at its I/O developers conference. Street View has support for such spherical camera pictures, and will let you also upload your Photosphere pics. That’s on top of regular the regular Street View imagery you’re accustomed to, and which is obviously available in the new Google app.

Street View on Google Maps – that’s the actual name of the app – is available for download at this link.