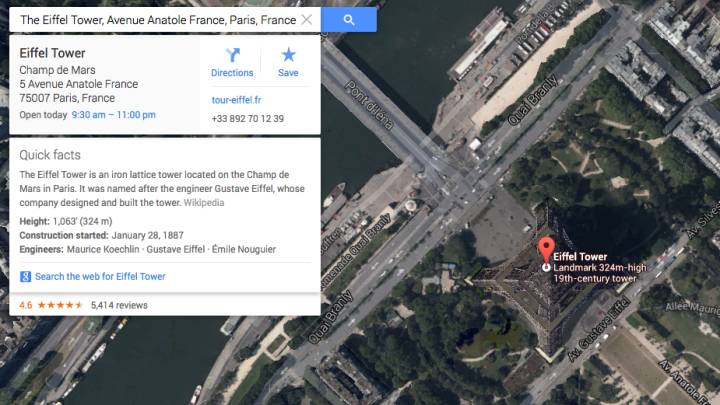 Google has just unveiled a quick, neat trick that’s going to be available to Google Maps users and make their traveling trips even better, especially when visiting certain landmarks around the world. The company is now offering users who search for important tourist destinations on the desktop version of Google Maps more information about them.

Called “Quick facts,” the new feature will use Google’s Knowledge Graph engine to grab information from the web and display it in a box that appears under the search bar. Only certain tidbits about various landmarks are shown in the Quick facts card, but users can further search for information by clicking on a link at the bottom of it.

The feature isn’t included in the Google Maps apps for mobile devices yet, and may not support all tourist destinations, although Google will surely add Quick facts about more places in the future.

Google has recently issued a major Google Maps update, which you can read more details about here.

Meanwhile, mobile users who want to take advantage of Google Maps without having to pay for roaming data fees when travelling, should check out this post on how to make Google Maps available offline on the iPhone and on Android devices.