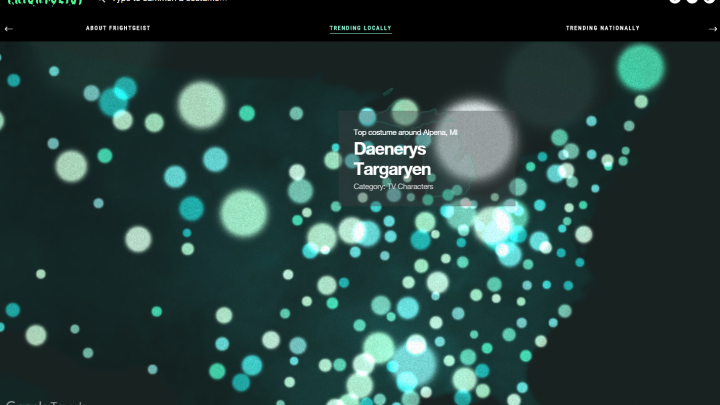 Are you still looking for a Halloween costume and are worried that lots of people have already taken your favorite ideas? Well worry not: An interactive map powered by Google Trends called Frightgeist can tell you which costume searches are the most popular ones in your city.

As you can see in the photo at the top of the page, Daenerys Targaryen of Game of Thrones fame is a popular costume in Alpena, Michigan. Here are some popular costumes in the major American cities:

OK, so it looks like Star Wars and Harley Quinn from Batman are both hugely popular costumes this year. Honestly, I’m a lot more surprised that Donald Trump isn’t a popular choice in many of these cities, especially since a Trump costume is quite easy to pull off.

In fact, Frightgeist tells us that Trump is just the 105th most searched for costume in America this year.

To check out which costumes are most popular in your city, take a look at the full map here.