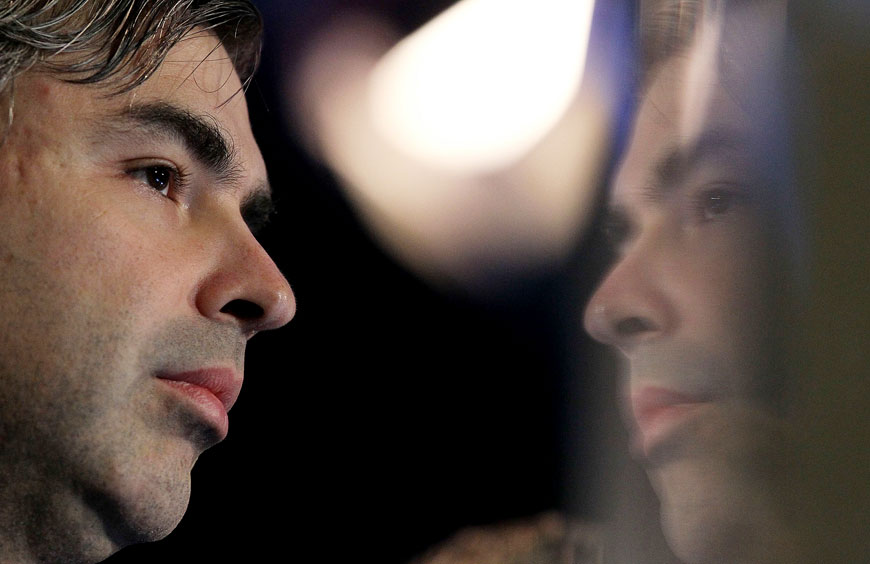 Last year’s annual Google I/O conference opened with a painfully long keynote presentation capped off by a wonderfully moving speech from CEO Larry Page, and an open question and answer session with developers in the audience. It was fantastic.

With his voice hoarse from vocal cord nerve strain, Page bared all while discussing Google, its rivals and technology’s role in society. Saddened by the state of the industry, Page spoke with passion and pleaded with the audience and Silicon Valley. “Most important things are not zero sum,” he said while on stage at the Moscone Center in San Francisco. “We should be building great things that don’t exist.”

“Technology should do the hard work so people can get on doing the things that make them happiest in life,” Page said. And he meant it. Anyone watching Google’s chief executive would have found it impossible to deny that Page was speaking from the heart. Google wants to build things that make all our lives easier. It wants to drive innovation. It wants to make the world a better place.

On one hand, Google is a creator. It builds innovative products and services that make our lives easier. It empowers us and encourages us. But there is an undeniable ulterior motive in everything Google does, regardless of how deeply we might want to want to believe that Google acts simply to make the world a better place.

Google, at its core, is an advertising company. With few exceptions, its products and services exist primarily to collect data about Google’s users and to serve ads to those users.

Gmail is a fantastic free email service that has revolutionized digital communications. It also lets Google analyze all of our emails and use the information gained to profile us and serve more relevant ads across Google’s ecosystem.

Google Maps helps us navigate an increasingly complex world with striking detail and accuracy. It gives us directions without leaving us to die in the middle of nowhere and it is the gold standard for mapping and navigation while still being completely free to use. It also knows where we have been, where we are and where we want to go. Additionally, it serves sponsored results alongside search results or even on top of maps.

Android is the most popular mobile operating system in the world. It powers the high-end phones that shape the smartphone industry and it’s free to vendors, so Android enables companies to build the affordable devices that are connecting tens of millions of people in emerging markets. It also surrounds the user with Google services that collect data and serve ads.

Google search changed the world. Literally. It is unquestionably one of the most important things that has ever happened to the Internet. It also tracks every single query and serves ads alongside search results.

And Google’s future services will be more of the same.

Driverless cars will constantly track our locations, recording everywhere we have gone and the routes we took to get there. Google Glass will see everything we see and it will collect that data so other Google products can serve us better ads. Google’s ISP services such as Google Fiber will ensure that users have lightning-fast Internet service so that no barriers stand between the user and Google’s products.

Google gets even more “evil” when you consider how it grew to become the behemoth it is today. The company is certainly blazing new trails with a number of projects right now, but each of its core businesses exists as it does today because Google entered an existing market and crushed all or most of its competitors.

Search, Maps, YouTube, Gmail, Android… these products copied various aspects of other companies’ offerings, improved upon them, and in most cases decimated competitive products, putting some of its rivals out of business and sending the rest scrambling to pivot.

Google is a business first and foremost, and if it wants to eat your lunch, look out.

When a Google service doesn’t mine data well enough or serve enough ads, it is shuttered no matter how much its users rely on it. Google Reader is a recent example, but it is hardly the first and it certainly won’t be the last. In fact, more than one out of three Google services ends up being shut down.

Google is a company, and a public one at that. If a product doesn’t serve the greater good — make money for Google and its shareholders — it need not exist.

CEO Larry Page also spoke at length during his 2013 I/O keynote about his distaste for the competitive nature of the industry. He called for more interoperability, less negativity in the industry, wider adoption of open standards and even to “set aside a part of the world” for unregulated and unfettered experimentation.

Later that same day, Google issued a cease and desist order to Microsoft demanding that it pull its third-party YouTube app from the Windows Phone app store for violating Google’s terms. The company had also just begun to fork WebKit, the open-source and widely used rendering engine for Web browsers, to create its own solution called Blink.

But, is all this such a bad thing?

Google is as important as it is in the modern era because its services are often better than those offered by its competitors, and because most of its services are available for free. They are accessible to the rich and the poor alike, in dozens of languages. They help us learn, travel, grow, work and play.

But free has a cost, and that cost is borne by the companies that pay Google to display their advertisements.

Google is a balancing act. For users, it must provide the best possible services for free. It must make their lives easier and become the center of their digital universes. For advertisers, it must collect as much personal data as possible, target ads better than any rival, and serve those ads to a wider audience than the ones offered by its competitors.

One side of Google cannot succeed if the other fails. Good and evil must coexist.

Google is one of the most important companies that has ever existed. Ever. It’s true of course that Google doesn’t feed the poor or cure the sick. At least, not directly (yet).

What Google does, however, is facilitate learning and growth. It gives people access to resources and information that they would have otherwise never found. The connected world has all of this at its fingertips, and much of the developing world does as well, thanks in large part to low-cost smartphones powered by Android.

In our lifetime, diseases will be cured, critical advancements will be made in the field alternative energy, agricultural breakthroughs will help feed millions by yielding hardier crops that cost less to grow, and progress will be made in countless other areas that the entire planet will benefit from.

Google will have played a role in all of this. Not a small role, but a big one.

By giving anyone with an Internet connection and a Web browser access to a wealth of information and resources that would have taken a hundred lifetimes to collect even a few decades ago, Google has changed the world.

And Google does all this for free.

If Google needs to be a tiny bit “evil” to play this crucial role in shaping the future, so be it. Keep that in mind, perhaps, as Google gets ready to unveil new products and services at this year’s I/O conference.

FROM EARLIER: Thank you, Google, for being so evil

For those who might not have seen it, or who want to rewatch it, Page’s speech and Q&A session from last year’s Google I/O keynote is embedded below. As far as I am concerned, Page gave the tech world 46 of the best minutes of 2013.