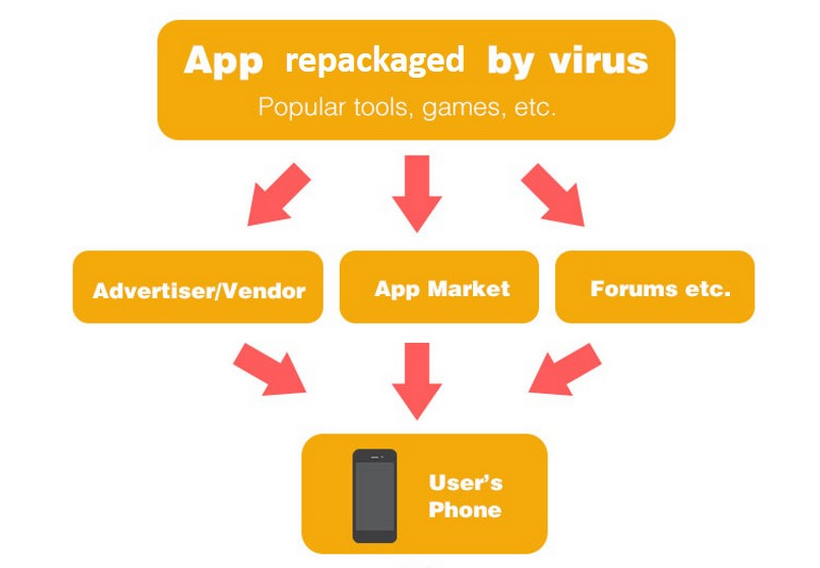 Most of the recent malware-related security reports detailed various threats targeting Apple’s iOS ecosystem, but that doesn’t mean hackers have stopped attacking Android. A new report claims that a sneaky type of malware has been found in various app stores, including Google’s official Play Store. Once installed on the device, the malware is very hard to remove. Its purpose is to flood a handset with advertising and hackers behind the attack might make as much as $4 milliom from the fraudulent app installs.

As many as 900,000 devices in 116 countries seem to have been infected, as users have been apparently fooled into downloading fake versions of popular Android apps that would otherwise inspire trust.

Apps that made it into the Google Play Store have been removed, but third-party app sources might still tempt users with malware-ridden likely-free apps.

Dubbed Ghost Push, the malware is capable of bringing to the foreground plenty of apps and even install additional malware tools on a device, and install other apps, including paid ones that might bring in some $4.5 in revenue per device. Ghost Push would nest in the phone’s root folder from where it would be rather difficult to remove.

Cheetah Mobile has developed a tool that can reportedly detect and remove the Ghost Push threat – check the source link for more information on the matter.