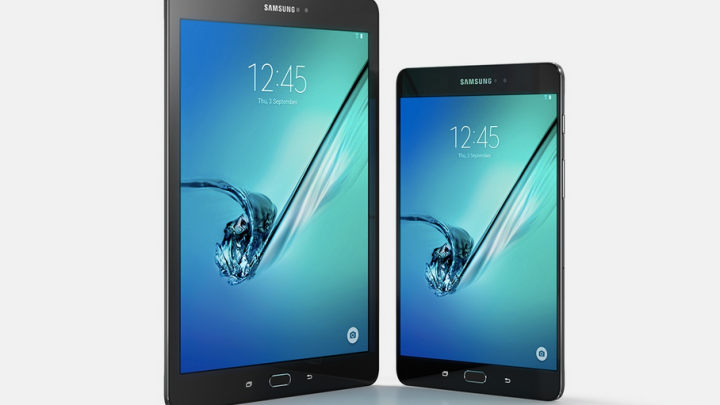 There is no flagship model of the Galaxy Tab S2.

That’s what a Samsung representative told us yesterday after unveiling one of the lightest tablets I’ve ever held in my hands. Both the 8-inch and 9.7-inch models of the Tab S2 are equally important to Samsung, and at first glance, you can see why: they’re sleek, they’re thin and they’re vibrant.

The 9.7-inch model that I left with is not only a fantastic looking device with its 2048 x 1536 Super AMOLED display, it’s also the most powerful tablet that Samsung has ever built. By including the Exynos 5433 processor, which you might recognize from the Note 4, Samsung was certain that it could solve the biggest issue with the Tab S: speed.

Samsung says that the sluggishness of the previous tablet was by far the biggest complaint from consumers. By switching over to a processor fit for a flagship smartphone, Samsung is now able to emphasize multitasking without worrying about the tablet getting bogged down. If you want to open five apps, shrink them all down to windows and move them around the screen, you can.

I was also delighted to learn that the 32GB model of both the 8-inch and 9.7-inch tablet will be the standard. In fact, the only way to get a 64GB model is through Best Buy, but the good news is that Samsung has heard the cries of Galaxy S6 and Galaxy Note 5 owners and will allow expandable storage up to 128GB.

There’s also an 8-megapixel rear camera that takes perfectly adequate photos and a 2.1-megapixel camera on the front for the lunatics who want to take selfies with a tablet. Rounding out the specs are 3GB of RAM, a 5870 mAh battery and a fingerprint sensor, which I have to admit feels a little more responsive than the Touch ID on my iPad Air 2.

Weighing in at an astounding 389g, the 9.7-inch Wi-Fi model is noticeably lighter than the iPad Air 2 as well. Having spent countless hours with the Air 2, I can saw that a few dozens grams would make a huge difference when trying to hold up the tablet to read a book or browse the Internet.

I haven’t had much time to test all of the multitasking features and the TV connectivity yet, but as a picky tablet user lacking many positive things to say about a majority of the Android tablets I’ve tested, I’m finding a lot to like.