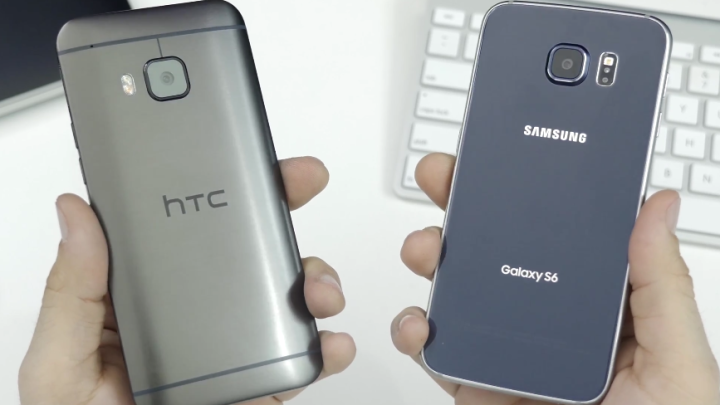 Rarer than a royal straight, a four-leaf clover, winning the lottery or even getting struck by lightning twice is an occurrence we like to call “fanpocalypse.” It’s that rare time when hardcore Apple fans and hardcore Android fans alike have brand new product launches to fawn over on the same day.

In the case of Apple fans, the Apple Watch is available to try on in stores and to preorder beginning today. And for Android fans, we have three of the biggest releases of the year all on one day.

That’s right boys and girls, the HTC One M9, Galaxy S6 and Galaxy S6 edge are all on sale online and in stores beginning today, April 10th.

When we reviewed the HTC One M9, we said that it was a gorgeous smartphone with impressive performance that compliments its sleek look. We also said that the sleek all-aluminum build easily makes it the most premium widely available Android phone on the market.

Of course, HTC finally has some seriously steep competition this year when it comes to flagship phones with a premium look and feel. The Galaxy S6 and Galaxy S6 edge are amazing smartphones, as we discussed in our Galaxy S6 review. We also have plenty more in store for the Galaxy S6 edge, so stay tuned.

All three phones are available from all major U.S. wireless carriers beginning today.