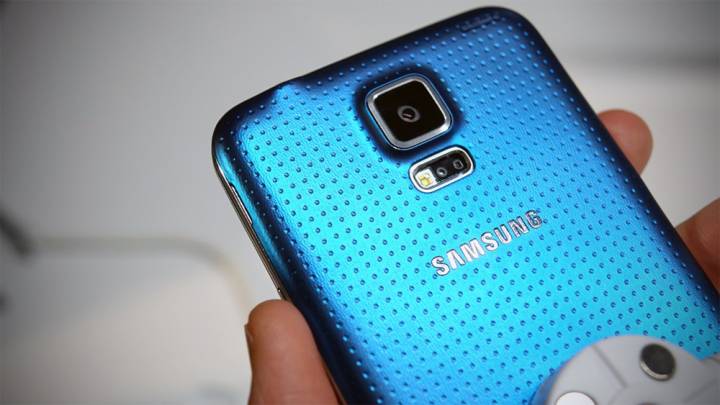 Samsung’s Galaxy S5 was one of the most hotly anticipated smartphones of 2014. In fact, considering last year’s Galaxy S4 fell well short of expectations in terms of functionality and sales, some might say we’ve been waiting for the Galaxy S5’s debut for more than a year now. But beginning Friday, all that is behind us — the next-generation flagship Galaxy S5 has finally arrived.

We took a look at Samsung’s Galaxy S5 back in February and a few things were clear right from the start.

First of all, the S5 is a big improvement of its predecessor in a number of key areas. The display is bigger and brighter, the software has been refined in some areas, and Samsung mixed in a bunch of great new features such as health tracking functionality and “ultra power saving mode,” which allows the S5 to last up to 24 hours on standby with a charge of just 10%.

In other areas, however, the Galaxy S5 isn’t much of an improvement over last year’s model — namely when it comes to the phone’s design and build. The “modern glam look” Samsung has touted might be a bit tacky for some users’ taste, and the phone still feels far too cheap and plasticky to carry a $650+ price tag.

There’s still plenty to be excited about with Samsung’s latest flagship smartphone though, and it is now available for purchase in 125 countries including the United States, where all four major wireless carriers are now selling the device starting at $199.99 on contract.

“The refined design and technological innovation of our new Galaxy S5 and Samsung Gear devices are the direct result of Samsung listening carefully to what consumers wanted in the next generation of mobile technology,” Samsung’s mobile boss JK Shin said in an announcement on Samsung’s blog. “We carefully crafted each device to offer a sophisticated, superior mobile experience that let consumers stay connected in their own way to focus on what really matters to them.”