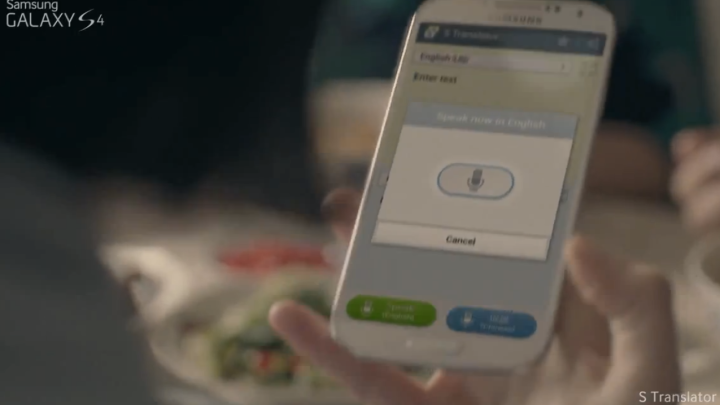 The world’s top smartphone vendor has decided it would rather tug on our heart-strings than tickle our funny bones for its first Galaxy S4 ads. Samsung (005930), whose ads have often generated laughs at the expense of rival Apple (AAPL), released three new television spots on Wednesday that focus solely on three key new Galaxy S4 features: the S Translator that provides instant voice-enabled translations into different languages, the Sound Shot camera feature that lets users embed audio files into their pictures and the Group Play feature that lets users quickly sync up audio playing on all their devices to create a more amplified sound from multiple smartphone speakers. All of these features were important parts of Samsung’s tap-dancing Broadway unveiling of the Galaxy S4 last month and the company apparently thinks that they’ll be winners with consumers by featuring them so prominently in their first television ads. Videos for all three ads are posted below.