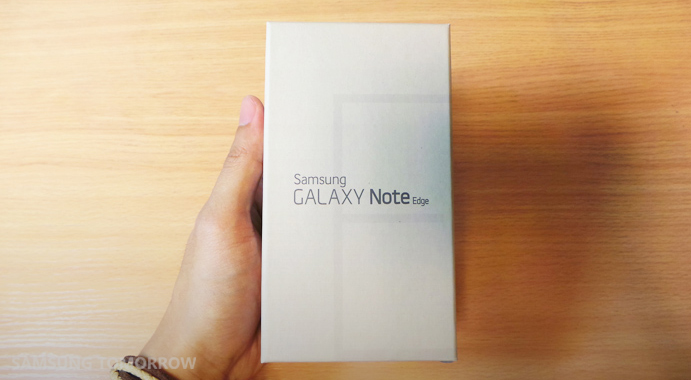 Samsung has gained a reputation for releasing a solid, predictable lineup of smartphones year after year. It’s not often that the company surprises consumers, but that’s exactly what it did with the reveal of the Galaxy Note Edge earlier this year, one of the first phones with a curved display to hit the market. If you’re thinking about picking up the Note Edge, you’ll have to wait until November 14th, but Samsung’s unboxing video should tide you over in the meantime.

The box is similar to that of the Galaxy Note 4, denoting the phone’s color by a small strip on its side. The Note Edge is available in four different colors: “Charcoal Black,” “Frost White,” “Bronze Gold,” and “Blossom Pink.” In the box for the Korean model (the model unboxed in the video), Samsung has included a USB cable, a charger, a pair of earphones, extra earphone tips, extra S Pen tips and a battery.

As for the phone’s specifications, the Note Edge is nearly identical to the Note 4, featuring a 5.6-inch Quad HD+ Super AMOLED display with 2,560 x 1,440 pixels, 2.7GHz quad-core processor, 3GB of RAM, a home button with a finger scanner, 3.7-megapixel front-facing camera, 16-megapixel rear camera and Android 4.4 KitKat. The difference is the 160 pixel curved edge, resulting in the power button being placed on the top of the device.

Watch the full unboxing video below: