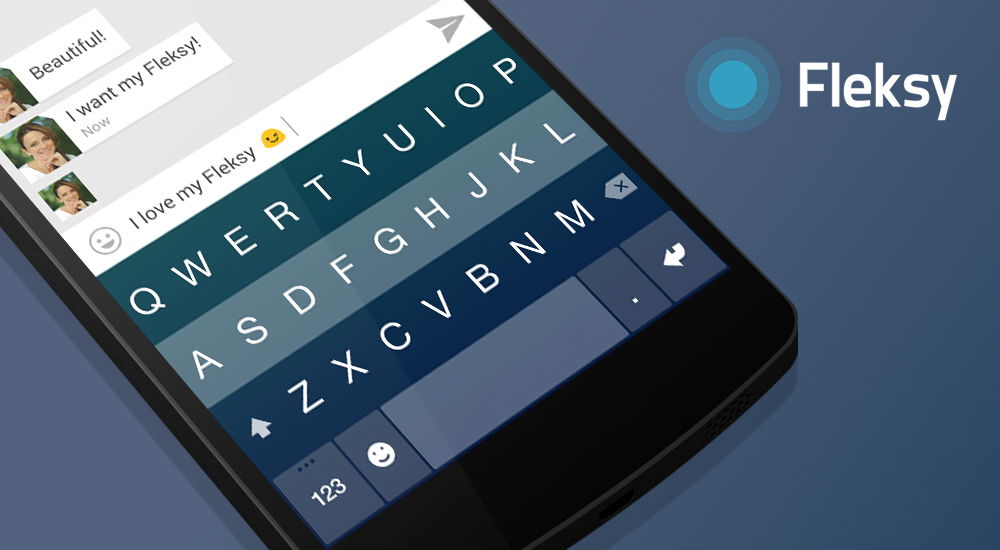 Fleksy, the world’s fastest keyboard, announced new features on Tuesday for its iOS and Android keyboard apps, but also a discount for its keyboard app that’ll be available to users for an even cheaper price for a few days.

FROM EARLIER: iOS 8: How to install and use your favorite keyboard app

The Fleksy app will cost just $0.99 through Friday (or 50% off the original price), both in the App Store and in the Google Play Store. The company is celebrating raising $2 million from various investors interested in the popular keyboard app.

“Fleksy will use this latest round of financing to continue aggressively improving product offerings on both platforms, building upon already impressive growth,” the company wrote in its press release.

Fleksy said that since launching in December 2013, the app has been downloaded more than 2 million times on Android, reaching the No. 1 spot in the App Store in 25 countries.

“We have already shipped three significant updates to our iOS product in the last month,” Fleksy’s founder and COO Ioannis Verdelis said. “We’re updating and improving our keyboard app faster than anyone in the market, and already enjoy the highest ratings of any major player. The funding will enable us to maintain this momentum.”

In addition to announcing a new successful funding round, and a price cut for the app, the company also updated the Fleksy keyboard for Android, adding several new features in its Fleksy Android 3.3 release, such as a new backspace and shift key button layout (image above), improved accuracy, and an easier way to change languages while in minimal mode. The iOS version of the app should also be updated soon, according to the company.

The full press release follows below, and Fleksy download links for iPhone and Android are available in the source section.

Since launching in December 2013, Fleksy has established its position as a favorite among Android users, boasting over 2 million downloads. iOS 8 was an immediate catalyst in accelerating Fleksy’s already rapid growth though, as the keyboard quickly rose to #1 on the iOS paid App Store in 25 countries.

Fleksy will use this latest round of financing to continue aggressively improving product offerings on both platforms, building upon already impressive growth.

“The rapid adoption of keyboards on iOS 8 shows consumers demand a better typing experience,” said Kosta Eleftheriou, Founder & CEO of Fleksy. “People love typing with Fleksy, and it’s propelled us to a leadership position in the space.”

“We firmly believe in the keyboard as a platform since it is such a critical touchpoint for the mobile end-user,” said Vic Singh, Founding General Partner at Eniac Ventures. “Fleksy has built the smartest and fastest keyboard on mobile and they are just getting started on iOS 8. We’re proud to partner with Kosta and Ioannis.”

Celebrating the announcement, Fleksy just shipped an Android update introducing improved accuracy and new features, to be followed closely by a new iOS version. The app is also being put on sale for $.99 through Friday.

“We have already shipped three significant updates to our iOS product in the last month,” said Ioannis Verdelis, Founder and COO of Fleksy. “We’re updating and improving our keyboard app faster than anyone in the market, and already enjoy the highest ratings of any major player. The funding will enable us to maintain this momentum.”

Fleksy’s keyboard for iOS and Android is available for download at http://fleksy.com.

About Fleksy
Fleksy is a next¬ generation keyboard that makes typing on any smart device fast and easy, and the #1 paid app in 25 countries on iOS.
Officially the fastest smartphone keyboard in the world (Guinness World Record, May 2014), Fleksy is already used by millions of people in over 170 countries. It features the world’s most powerful typing technology, an award winning design, and an intuitive user interface.

Media images are available at: http://fleksy.com/press/.

About Digital Garage
Digital Garage (www.garage.co.jp) is an innovative, cutting edge Japanese tech company. For over 20 years, it has opened new market opportunities by implementing its three core businesses globally: Digital Marketing, Startup Incubation and Internet Payments. It has led the web revolution in Japan through partnerships to help introduce leading companies such as Twitter, Betaworks and Wikia to the Japanese market. Digital Garage also runs Open Network Lab (Onlab), one of the most successful startup incubators in Asia.

About Eniac Ventures
Eniac Ventures is the first independent seed stage venture firm investing exclusively in mobile technologies. Eniac Ventures was founded in 2009 on the belief that the greatest technological catalyst of our time is the proliferation of Internet-enabled devices providing constant connectivity to the majority of the world population. Eniac Ventures is named after the world’s first computer developed at the University of Pennsylvania’s School of Engineering, where the four general partners met in 1996. Eniac are serial entrepreneurs and operators with over 60 years of combined experience in the mobile software space. Eniac have advised and invested in 150+ mobile software startups.

About Highland Capital Partners
Founded in 1988, Highland Capital Partners is a global venture capital firm focused on putting the entrepreneur first. With offices in Silicon Valley, Boston and Shanghai, Highland has raised over $3 billion in committed capital and invested in more than 225 companies, resulting in category-defining businesses across consumer and enterprise technology. Investments include 2U, Aereo, Aviate, Ask Jeeves, Bromium, Leap Motion, LevelUp, Lycos, MapQuest, Nebula, QD Vision, Qihoo 360, Quattro Wireless, Rent the Runway, SmartThings, Starent Networks, Sybase, Violin Memory, VistaPrint and WePay. Highland also serves as a mentor for future entrepreneurs through Summer@Highland, a program that provides students and university-affiliated startups with the environment and resources to take their initiative to the next level. For more information, visit http://www.hcp.com.

About Militello Capital
Militello Capital is a Northern Virginia-based private equity investment manager working exclusively with registered investment advisers (RIAs) who aim to broaden their portfolio allocations to include entrepreneurs and real estate. Militello’s investment philosophy and strategy are based on the principle that today’s wealth is created in the real economy. The firm currently offers RIAs two distinct investment strategies that complement their existing portfolios: direct investments in income-producing commercial real estate and emerging technology venture capital.