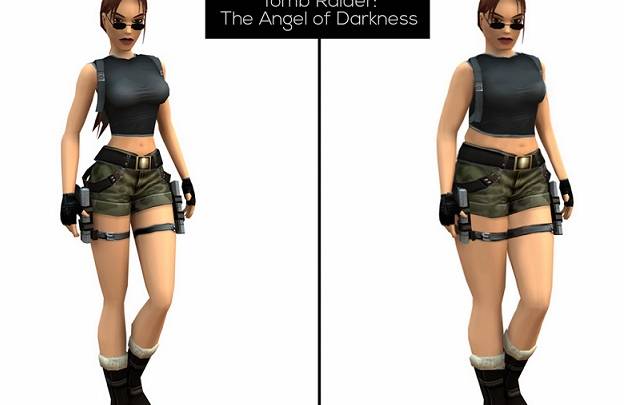 Video games are well-known for depicting unrealistic versions of both male and female bodies. Often times, and perhaps more often with female characters, the body types used are so exaggerated that some become laughably unrealistic.

DON’T MISS: Is Game of Thrones’ Jon Snow alive or not? What the evidence tells us

In an effort to switch things up, Bulimia.com, an organization dedicated to raising awareness about eating  and body image disorders, decided to see what female video game characters would look like if they were actually depicted in a realistic fashion.

Video games have grown increasingly realistic over time. New, immersive gaming styles are now somewhat true to life and even cinematic; the environments are richer and more detailed, and PC and console graphics processors are becoming more capable of handling the high-definition imagery.

Some gaming studios boast their hyper-realistic lighting techniques, touting natural cloud movements as the latest features of their games. And with that kind of attention to detail, it makes us wonder, why can’t they accurately portray the female body?

So with Photoshop at the ready, the folks at Bulimia.com set out to adjust, ever so slightly, some of the more iconic female video game characters of our time. The results are certainly eye-opening.

With Lara Croft depicted up above, let’s start with Jade from Mortal Kombat.

Next up, we have the infamous bikini girl from Grand Theft Auto 5.

Make sure to hit the source link below for even more ever so slightly tweaked video game characters. Incidentally, the site a while back did something similar with respect to comic book superheroes, both make and female, as well.