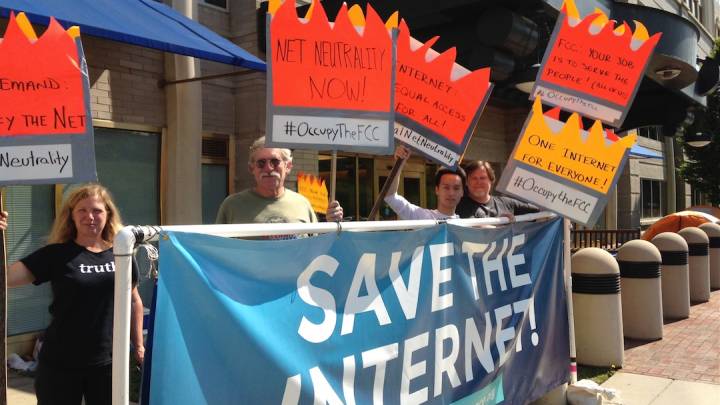 Here’s an absolutely brilliant way to get people to flood the Federal Communications Commission’s phone lines with angry complaints. Ars Technica reports that venture capitalist Brad Feld has created a new campaign called Stop The Slow Lane that will let you add a “slow lane” widget to your website that will intentionally slow your pages’ load times and then tell users to complain to the FCC about it while they wait. You can find code for embedding the widget over at GitHub, although you’d better act quickly to get it up since the FCC is actually scheduled to vote on its net neutrality plan later on Thursday.

If you’ve been living under a rock for the past month or so, the FCC is considering adopting new rules that would allow Internet Service Providers to charge Internet companies more money to ensure that their traffic gets delivered faster than traffic sent through the regular Internet. Several big-name tech companies last week — including Google, Microsoft, Facebook, Amazon and Netflix — wrote a joint letter to the FCC telling it to back off any plan that would create a two-tiered Internet and instead urged it to adopt policies that would not only protect against blocking of websites but also the Internet’s traditional architecture where all packets are delivered on a first-come, first-serve basis.