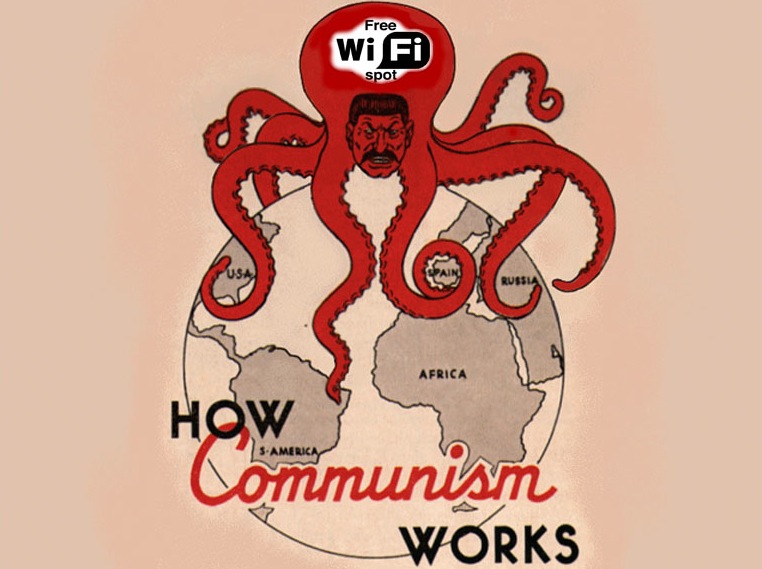 Over the past several years, we’ve seen brave state legislatures rise up to tackle the most dangerous threat to the American way of life: Small towns that hate their incumbent cable companies and want to build their own broadband networks. DSLReports points out that Federal Communications Commission chairman Tom Wheeler has written a new blog post where he points out that some towns and cities have successfully built their own high-speed fiber networks and that those municipalities haven’t yet succumbed to communism.

In particular, Wheeler singles out the case of Chattanooga, Tenn., where the city now offers citizens 1Gbps Internet service for just $70 per month, or less than a quarter of what Comcast charged when it first rolled out its 305Mbps service.

“The network was partly built out of necessity,” Wheeler explains. “Local phone and cable companies chose to delay improvements in broadband service to the Chattanooga area market. Without faster networks, Chattanooga residents were at risk of finding themselves on the wrong side of the digital divide, bypassed by the opportunities high-speed connectivity enables. Chattanooga’s investment in community broadband has not only helped ensure that all its citizens have Internet access, it’s made this mid-size city in the Tennessee Valley a hub for the high-tech jobs people usually associate with Silicon Valley.”

Wait a minute, you mean that there’s still private enterprise going on in Chattanooga even though the city has cruelly undercut the poor incumbent cable and telecom companies with its own faster, cheaper network? How can it be!

More seriously, Wheeler also points out that Tennessee’s state legislature has passed laws that are actually restricting Chattanooga from expanding its network footprint out to more areas, apparently because beloved companies such as Comcast and Time Warner Cable are more than capable of giving Tennessee’s citizens top-notch broadband. Wheeler thinks that this is bad for the American broadband market and he wants to put a stop to it.