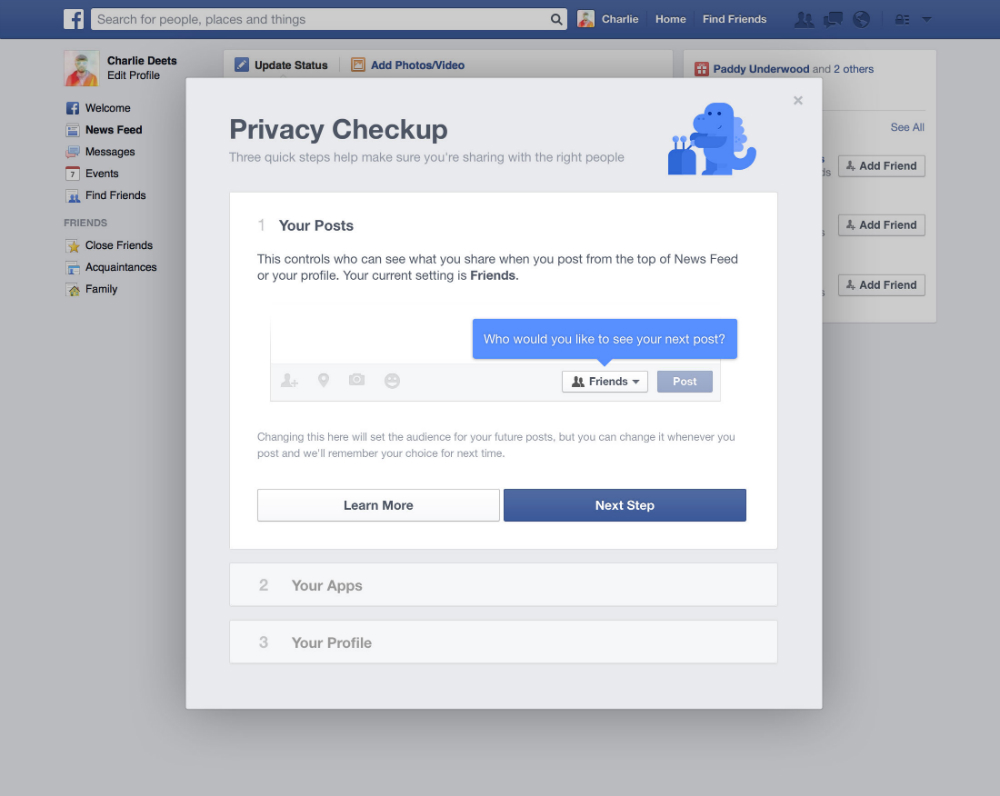 It’s been a busy week for privacy and security related to personal data, obviously caused by a certain celebrities’ nudes hack, so it’s not entirely surprising to see Facebook double down on privacy at this time. The company on Thursday announced that its Privacy Checkup tool – which was first mentioned a few months ago – is finally rolling out to users in order to help them make sure they’re sharing status updates, posts and other things only with the people they want.

The Privacy Checkup tool is rather simple to use. All Facebook users have to do is follow the steps on the screen once the new privacy feature is available for their account (a prompt on the screen will appear), and check whether their sharing settings match their sharing wishes.

The tool will also let them see which apps are currently tied to their accounts and who can see the content from those apps. Most importantly, the Privacy Checkup tool will let them customize the way certain elements of their profile are viewed online, and make appropriate changes if needed.

Once the procedure is finished, the Privacy Checkup screen will disappear, but it can be rerun as many times as a users wants to, by simply going to the Privacy shortcut in the top right corner.