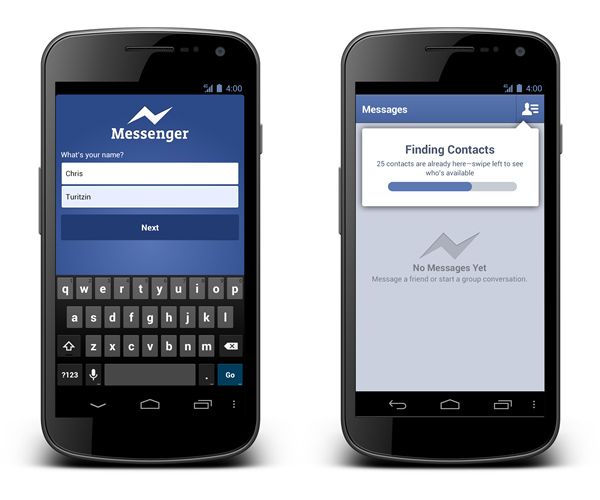 Facebook (FB) on Thursday released an update to its Messenger app on Android and iOS that will help the company further compete with services like Google Voice and Skype. The update allows users to send short voice messages, up to a minute in length, to one another using the application, similar to popular apps Voxer and HeyTell. Additionally, Facebook is allowing Canadian iOS users to make free calls using the application with a Wi-Fi or cellular data connection, The Verge reported. It is speculated that if testing goes well, the company may bring the feature to Europe and the United States.