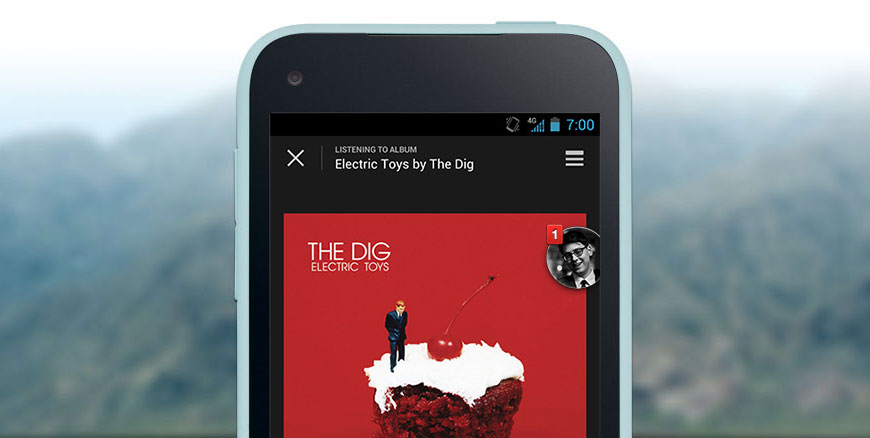 In many circles on competing services like Twitter, Facebook is the Nickelback of social networks. People love to discuss how awful it is and to joke about it constantly, mocking various aspects of the service and business such as how fast and loose it plays with users’ privacy. Everyone seems to have a Facebook account and yet no one seems to use the service actively. But just as Nickelback manages to sell millions of albums each year despite seemingly having no fans, Facebook — the social network people love to hate — has a billion monthly active users.

As a user, I count myself among those who are often very critical of Facebook. To be clear, I do not dislike Facebook as a company and I don’t dislike the broad-stroke services it provides. For hundreds of millions of people, Facebook is an amazing product that helps them keep in touch with friends and family, plan events, play social games and plenty more. It brings the world closer together, there’s no question.

For me personally, however, it’s just awful.

The constant trivial updates, the recycled posts, the event invitations from people I haven’t spoken to in 15 years, the app invitations, the game invitations, the fact that other people can check me into places and tag me in photos that appear on my page automatically… it gets infuriating.

Privacy settings help, of course, but then every time a new feature is added, users have to tweak their settings to block it. Most of the time, I’m not even aware new features roll out until I get some awful email notification about something that someone else posted on my wall. Then I have to log in, block the new feature and disable email notifications for another half-dozen list items.

There are two main reasons. First, we use Facebook’s comment system here at BGR. Though this will soon change, I need an account for the time being to moderate things every so often. Second, I do use it to communicate with old friends from time to time, and I like that people I have known throughout the years have an easy way to find me should the need arise.

It couldn’t be more clear that I am not the kind of user Facebook is addressing with Home. Not even close. I can still see plenty of potential in Facebook’s new Home software though, and I think the company is really onto something here.

This is important. Facebook is not making a phone. The company is also not making an operating system. CEO Mark Zuckerberg couldn’t possibly have made this more clear, and this is absolutely the right strategic decision.

Rather than make a phone and sell a few million of them at best each quarter, Facebook has embarked on a mission to make every phone a Facebook phone. The fact that Android is open source practically invites this type of invasive mobile strategy — and Google seems to be on board, or company executives are putting on a happy face in public, at least.

And so Facebook has the green light to take over Android.

Facebook Home has three main components. The first is a home/lock screen replacement that cycles through images and status updates posted by your friends, the second is an app-launcher screen, and the third is “Chat Heads,” a new notification system that ties in with Facebook’s Messenger app.

Starting with the home screen, Home is a dynamic window into the user’s life on Facebook that updates in real time. Images posted by friends automatically pan from side to side, refreshing every few seconds with a new photograph. Status updates appear overlaid above the photos and tapping an update brings up options to like it or post a comment.

Notifications such as wall posts and event invitations pop up in boxes at the center of the home screen as they arrive. They can be tapped twice to open the Facebook app to the appropriate screen, or swiped to the side to be dismissed.

Finally, the user’s profile photo appears in a circle toward the bottom of the screen. Tapping and dragging it in one of three directions allows the user to either open Facebook’s Messenger app, Home’s app launcher, or the most recently used application.

The app launcher is the second piece of the puzzle, and it replaces Android’s standard app icon grids with one that is smaller and less attractive. It is still configurable though, and it fits up to 16 icons per page. Above the app grid are three buttons that allow the user to quickly post a status update, upload a photo, or check into a location.

The home screen interface is sleek and smart, with full-screen photos, simple fonts and a minimal feel. The app-launcher interface, on the other hand, is antiquated and odd — I’m really not sure why Facebook chose to waste so much space around the launcher, which only takes up about 65% of the display and wastes the rest of the screen.

Another curious note about Home’s UI on the home screen and on the launcher screen: Android’s status bar is hidden, along with important information like the current time, date, signal strength, remaining charge and many notifications.

I’m all for moving some less important info off the screen. Windows Phone does a great job of this. But removing all of the information contained within the status bar is a bit excessive. It also means the user must swipe down twice from the top of the display to open the Android notification pane — once to expose the status bar and a second time to open the pane.

The third and final element that completes the Home experience is chat heads, which are likely the most widely discussed element of Facebook’s new software suite.

Falling squarely into the “bells and whistles” category, chat heads replace standard notifications for Facebook messages and SMS. Contacts’ profile photos contained within small circles pop onto the screen when messages arrive on the phone. They can be tapped to open the associated conversation in Facebook’s Messenger app, or they can be playfully dragged around and repositioned if they’re blocking something on the screen.

As a whole, it’s very clear that Home isn’t fully baked yet. Facebook’s launch version of the software is fairly well made and the concept is intriguing, but I think it’s just a taste of the things to come.

From the user’s standpoint, Home is not for everyone. It’s certainly not for me. But we all know plenty of people who check their Facebook news feeds every time they pick up a phone, and who constantly post photos, links and status updates. Facebook Home is for them.

For these users, Home has the potential to completely change the way they use their smartphones. The lock screen, home screen and app grids are no longer barriers standing between users and their Facebook friends. Just pick up a phone, tap the unlock button and Facebook immediately takes center stage.

It should be noted, though, that the home screen and lock screen are one in the same with Facebook Home, so any security the user has in place sits behind the photos and status updates that appear on Home’s main screen. In other words, even if you protect your phone with pattern or PIN code security, anyone can still pick up your phone and scroll through your friends’ photos and status updates.

Taking advantage of Android’s open nature as opposed to building an own-brand smartphone or a Facebook operating system is absolutely the right move. It’s obvious — Android smartphone sales as a whole will always dwarf sales of any one handset or any smartphone line, so why limit your reach when the only thing that matters is putting your services, and ads, in front of users’ eyeballs and collecting as much data as possible?

And make no mistake. Ads and data collection are key here.

Facebook launched Home without any advertising tie-in, but the company has made it clear that ads are coming. And beyond any direct revenue benefit Facebook sees from adding advertisements to Home, of course, the software itself serves a clear and important purpose: Gather data.

And this reinforces the notion that Facebook made the right move by launching a new product on top of Android rather than its own platform or an own-brand phone. Why spend a huge amount of time, money, R&D and other resources building an operating system or a phone when you can launch Home using a fraction of the resources and potentially reach an exponentially larger number of users?

Home has a long way to go before it can be called a finished product. New features are coming, ads are coming, and the current feature set needs refinement in a number of key areas. And the security issue mentioned above is just one of a number of oversights and poor design choices — there are plenty more where that came from.

One more example: navigating Home gets a bit odd at times. Tapping the home button on your phone while in an app takes you to the app launcher page instead of the home screen. Tapping home again will then take you to the home screen. This isn’t that annoying once you get used to it, but it’s illogical and representative of a number of irregularities. If I tap a status update on my home screen to open it in the Facebook app and leave a comment, tapping home should bring me… back home.

Facebook’s new Home software for Android was downloaded 500,000 times during its first week of availability, and it only works on four smartphone models beyond the HTC First, which launched recently with Home pre-installed. Those are solid numbers and they should grow at a brisk pace once Facebook makes Home available on a wider range of handsets.

In the meantime, Home is a glimpse of things to come. Facebook’s mobile strategy isn’t about launching its own devices and competing with juggernauts like Apple and Samsung. Facebook’s mission is to make every phone a Facebook phone, and Home is a big step toward realizing that goal.[bgr-post-bug]