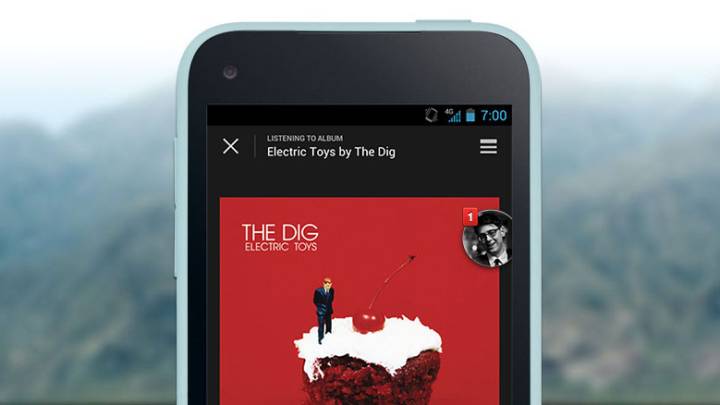 It’s pretty fascinating that Facebook and Google debuted new messaging paradigms within six weeks of each other. Facebook Home’s one key feature is the prominent placement of its “chat heads” messaging alerts on the home screen. Google is launching a new messaging app particularly focused on group messaging. The debuts of these two initiatives fit within the same timeline: a sudden realization in 2012 that smartphone messaging had started evolving, followed by the feverish development of a new product that would finally launch in the spring of 2013. Facebook and Google are very much on the defense here. So what happened in 2012 that suddenly awakened these slumbering giants?

Of course, there was the sheer volume explosion of WhatsApp, which shocked the app industry by vaulting from 1 billion messages in October 2011 to 10 billion in August 2012. This was the moment when it became obvious that WhatsApp was fundamentally different from Skype and was capturing entirely new segments of consumers.

But perhaps even more importantly, it was also becoming obvious that consumers were willing to juggle multiple messaging apps. This was not a market where consumers would rally around one winner and spurn second-tier apps. In 2012 it became apparent that in the messaging market, WhatsApp’s early success actually seemed to accelerate the growth of other apps’ user bases. At the end of 2012, LINE suddenly racked up 10 million downloads in Spain in a matter of months, even though WhatsApp had 90% market penetration there on smartphones. LINE also had a breakout year in 2012, putting it on track to hit 150 million downloads in early 2013.

Now we are in a situation where many of the leading messaging apps are posing serious regional challenges to Facebook and Google in the content distribution game. WeChat has racked up 300 million downloads in China, placing it in an excellent position to leverage that base for game and music sales. LINE dominates Japan and KakaoTalk is winning in South Korea.

Bubbling under are apps that have no stronghold in any single major market, but are enjoying surprisingly vibrant growth spurts right now, like Path, Viber, Tango and others. Their success indicates that many consumers are willing to entertain at least three, possibly four or five messaging apps.

This is the grave threat to Facebook and Google. If their messaging systems become just two of the five messaging apps that young consumers in major markets use regularly, the unique mindshare of these two titans will erode. The latest Onavo engagement data shows that Facebook Messenger is used by 12.9% of American iPhone owners — a strong showing. But WhatsApp, Viber, Kik and GroupMe combined have an engagement level that already tops  21%.

Facebook Messenger’s engagement level dropped by 5% in April; the worst performance among all leading messaging apps during the month.

Facebook and Google are horse-sized ducks facing a flock of duck-sized horses. This is going to turn into a real melee in the next 12 months. In the overheating tech VC climate, a frenzy is emerging; a third-tier app called MessageMe just raised $10 million this week, for example. It would not be a surprise to see a wave of acquisitions and massive new financing rounds as messaging app vendors seek new funds to finance ambitious content distribution strategies in the coming months.