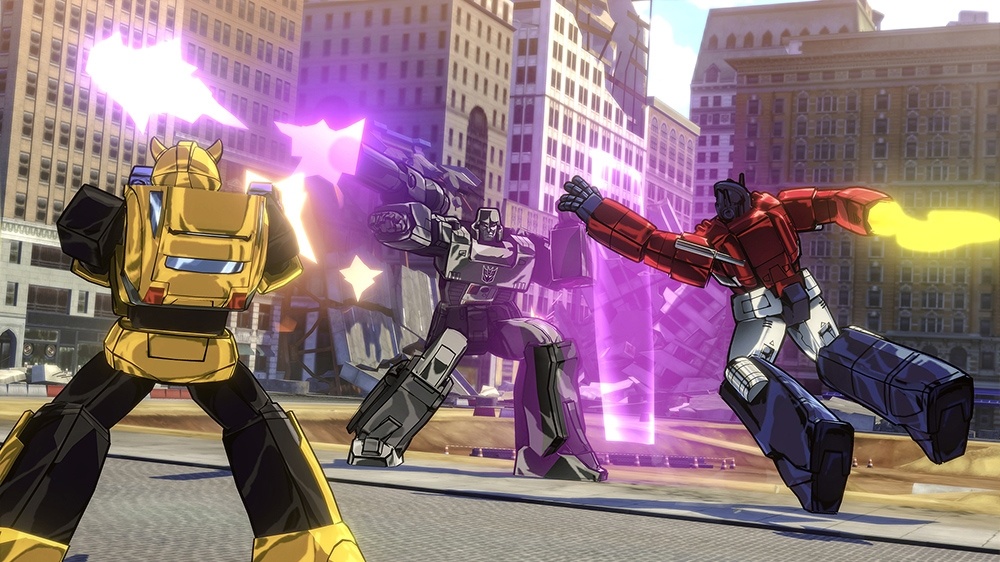 Each and every year, without fail, many of the biggest E3 reveals leak in the days and weeks leading up to the show. That said, the leaks hadn’t been quite as abundant this year… until today.

DON’T MISS: Our guide to the E3 2015 press conferences

If you want to see the two characters in action (along with some gameplay footage of Lucas, a confirmed but unreleased character), watch the Twitch video at this link.

The second major leak comes in the form of Transformers: Devastation, a new game from PlatinumGames being published by Activision. After screens and details were provided to Pure Xbox by an unnamed source, Best Buy went ahead and published a product page for the game with box art and official screenshots just to drive the point home.

Transformers: Devastation will be a cel-shaded brawler starring the characters you remember from the classic cartoons. The game’s five playable Autobots include Optimus Prime, Bubblebee, Sideswipe, Wheeljack and Grimlock. There will be five levels of difficulty, a customization system and some of the original actors will be reprising their roles.

Finally, Bethesda spoiled a reveal of its own without the help of crafty YouTubers or careless retail employees. According to popular YouTuber Matty Schroeder (@G27Status), Bethesda employees accidentally went live on their Twitch channel in the middle of a discussion regarding the conference.

In that discussion, one Bethesda staffer mentioned Dishonored II, a game which was apparently going to be announced at the studio’s press conference on Sunday. Someone with footage of the audio attempted to post it on YouTube, but ZeniMax (the parent company) had it taken down immediately.

There’s no hard evidence we can point to other than the tweets from those who say they happened to tune in when Bethesda went live on Twitch, but I wouldn’t have believed Fallout 4 and Doom would be the only announcements at the conference anyway.

Those are the big three biggest leaks from Saturday so far, but we’ll be keeping our eyes out for anything else that makes its way on to the Internet. Otherwise, be sure to come back tomorrow for our live coverage of Bethesda’s conference, where we might just see a trailer for Dishonored II!