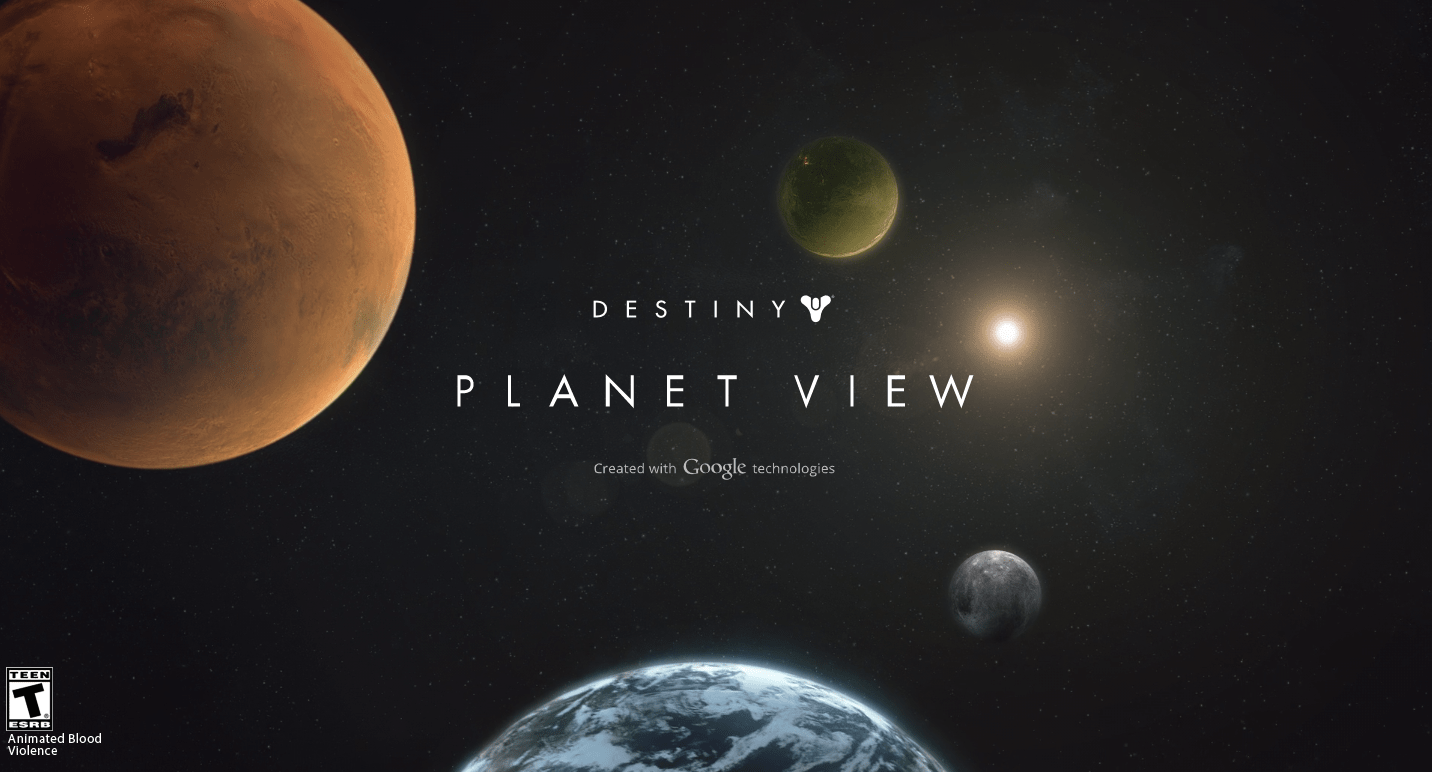 There are several notable game releases this month, such as Infinity 2.0 and Hyrule Warriors, but none have received more buzz than Bungie’s massively multiplayer first-person shooter, Destiny. Activision, the game’s publisher, has spared no expense when it comes to marketing Destiny — a stroll through Times Square might be the most prominent evidence of this. Now Destiny is taking a page from Google Maps for a unique experiment that will allow fans to explore the worlds of Destiny before it launches.

Destiny Planet View is “the first time a video game world has been mapped using Google technologies.” When you open up Planet View, you’ll be greeted by a voiceover introduction and three separate locations to which you can travel: the Moon, Mars and Venus. Each of these destinations will be featured in Destiny, but this is the first time players will be able to explore the surfaces of Mars and Venus.

While traveling along the unfamiliar paths, you’ll find interactive elements to click on, including 3D models of weapons, gameplay videos and actual information about the planet. If Destiny is on your most-anticipated list for the fall, it’s worth taking the journey to get a feel for the unexplored planets before the game launches.

If not, at least watch this video:

Destiny will launch for the PS3, PS4, Xbox 360 and Xbox One on September 9th.