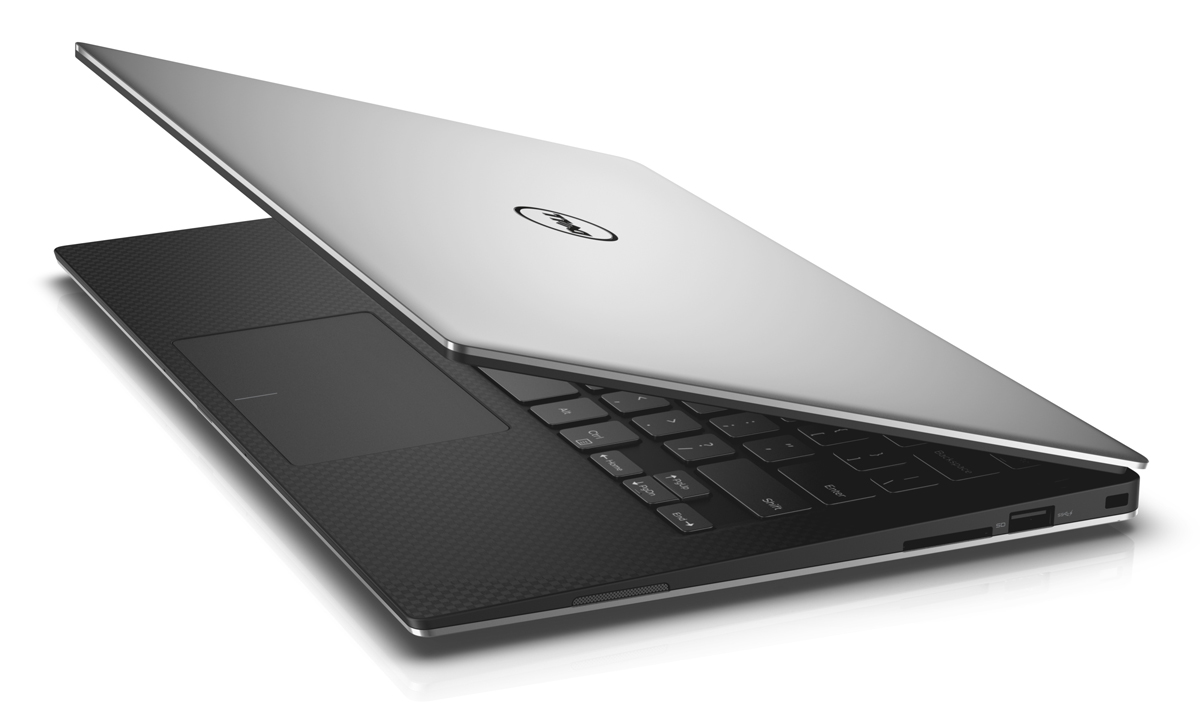 “I’ll give you my Mac when you pry it from my cold, dead hands” — might be the mantra of most Mac users. I can say that the new Dell XPS 13 is good enough to pry a MacBook from my — albeit animate — hands. I’ve been using the redesigned 2015 XPS 13 for the last several months and it was surprisingly easy to relegate my MacBook to backup status.

Balance: Launched at CES earlier this year, the new XPS 13 is impossibly thin (only 0.6 inches at its thickest point) and light for a 13-inch laptop packing decent performance. For the record, the non-touch-screen version of the XPS 13, at 2.6 pounds, is about 0.3 pounds lighter than the already-light 13-inch MacBook Air (which I had for many years). I’ve been using the 2.8-pound touchscreen version of the XPS 13. But that’s still lighter than the Air and about a half a pound lighter than the 13-inch Retina MacBook Pro (which I have now). And performance is just as snappy as the Retina MBP.

So, Dell has obviously gone to a lot of trouble to balance weight and thinness with performance, connectors, and display quality. The latter is a particularly difficult balancing act as demonstrated by the MacBook Air, which, seven years after release, still uses a relatively low-resolution display. (Note that Apple’s new 12-inch MacBook does have a Retina display and is a mere 2 pounds. But by going to that tablet-like 2-pound extreme, you lose almost all of your connectors, take a performance hit, and don’t get a touchscreen. Though I don’t want to be too critical: the 12-inch MacBook is in many ways a technology and aesthetic tour de force)

Display: This is probably the single most impressive piece of hardware on the XPS 13. Despite sporting a Retina-beating 3,200 x 1,800 resolution, the display has virtually no border. This allowed Dell to shrink the laptop to a size that is closer to a 12-inch laptop. And it’s a touch display, to boot. This is an often-under-emphasized feature when comparing Windows laptops to MacBooks. Apple does not offer touch displays on its MacBooks and never has. Too bad. I’ve come to appreciate having touch. After all, everything else is touch these days. Why not include that on a laptop? And why not combine touch with high resolution? That’s what Dell has done.

And speaking of resolution, it’s encouraging that Dell and other Windows laptop manufacturers finally understand that resolution is important. Apple was way ahead of most Windows laptop suppliers for years with the Retina MacBook Pro. And it’s something almost anyone intuitively recognizes. Once you use a very-high-resolution display, you can never go back to a grainy Windows laptop screen. And Dell (with its display partner Sharp) has taken this to the next level with its thin, almost-borderless screen.

Performance: Dell uses an Intel “Broadwell” Core i5-5200U running at 2.19 GHz. Geekbench benchmarks show performance levels close to the 13-inch MacBook Air 2015 version. I’ve never noticed any big slowdown when, for instance, using the Google Chrome browser with more than a dozen tabs open, Office 365, iTunes, and some photo editing apps running in the background. In other words, it performs well for an ultra-thin design. That’s not always the case with the new crop of extremely-thin fanless Intel Core M-based laptops. I’ve also been using a new (fanless) Core M-based laptop that — when it gets hot — does see the occasional slowdown if it’s running a lot of applications. The takeaway for the XPS 13 is that despite its thin design, it’s not slow.

Battery Life: Despite having a physically smaller battery than the previous-generation XPS 13, the battery life has improved for the 2015 XPS 13. I would put it at between 7 and 8 hours, depending on what you’re doing and what your brightness settings are. So far, over a period of several months, I’ve never come close to running out of battery (as long as it’s fully charged before I hit the road). Note that I’m using the less battery-life-friendly touchscreen version. For the lower-priced non-touchscreen model (which has a lower-resolution display), battery life is even better. I rate battery life as good. I should also mention this is an area where Apple’s MacBook Air excels. The newest 13-inch MacBook Air offers all-day battery life.

Keyboard: I’ve always liked Dell keyboards. The circa 2009 Dell Adamo 13 (which was one of the first good MacBook Air competitors) had probably the best laptop keyboard I’ve ever used. Some reviews have described the XPS 13’s keyboard as “compressed” but I don’t see that. I look at keyboards this way: all keyboards require some adjustment when switching laptops. Once you adjust to a new keyboard, that keyboard becomes your default and anything different is usually an inferior experience. I like the XPS 13’s keyboard because — despite the laptop’s thinness — it has some bounce to it, i.e., it doesn’t feel like you’re typing on a hard surface like a tablet’s glass display. The latter is a problem with some of the newer, extremely thin laptops and hybrids.

Materials: To reduce chassis weight, Dell makes use of a carbon fiber composite, in addition to aluminum. For example, the keyboard and touchpad are surrounded by a carbon fiber weave, which is not only attractive but practical.

Camera: the camera is at the bottom of the display in the lower left-hand corner. Not a great place for a camera but not a deal breaker.

Windows: Last but not least, the Windows operating system. Despite using a MacBook for years (and I still do), I’m pretty much operating system agnostic. As long as I can do what I need to do quickly and reliably and I have all the applications I need, I don’t care if it’s Windows or Apple’s OS X. In other words, present me with a compelling piece of hardware and I’ll consider jumping to Windows (or vice-versa of course). And I think the XPS 13 is a good reason to take another look at Windows if you’re not wedded to Apple and OS X. And the soon-to-be-released Windows 10 might be an even better reason.