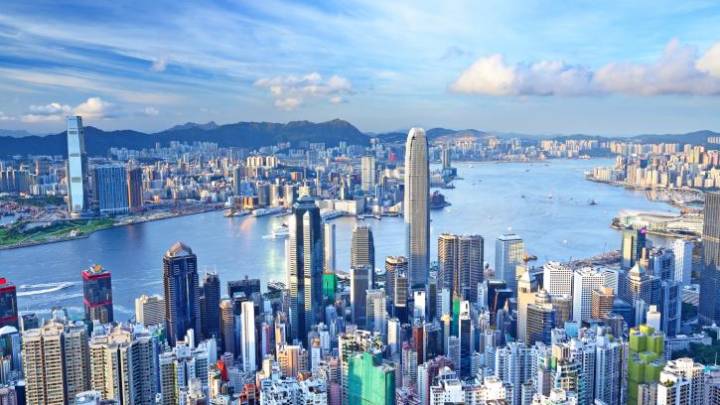 This should obviously go without saying, but do not try this at home… or anywhere else, for that matter. 19-year-old Russian daredevil photographer Alexander Remnev has made a habit of scaling tall buildings and other structures in an effort to capture captivating photos and videos, and a skyscraper in Hong Kong is the site of his latest conquest.

Along with two of his friends, Remnov recently made it to the top of The Centre tower in Hong Kong, and he has the terrifying video footage to prove it.

The video, which is embedded at the bottom of this post, shows the teens climbing to the top of The Centre tower, at times without any tether or other protective equipment. The group makes a habit of stunts like this, as Business Insider noted, and Hong Kong is one of several cities where they have captured similar footage of dangerous stunts.

“There was one dangerous moment when we tried to get the top of The Centre tower, it became too crowded at the top and there wasn’t enough room for three of us so we decided to go back down. We were lucky not to meet any police, but we did have some discussions with guards,” Remnev explained.

He continued, “Once we explained our mission to them and then showed them our cameras, they simply smiled and let us free. Hong Kong is one of the best places I have visited but I think I would need more than a month to visit all the best view points.”

Remnev isn’t sure what city he’ll be headed to next but we’re sure he’ll have some more insane footage to share from wherever he ends up.

The video of the group’s climb follows below.