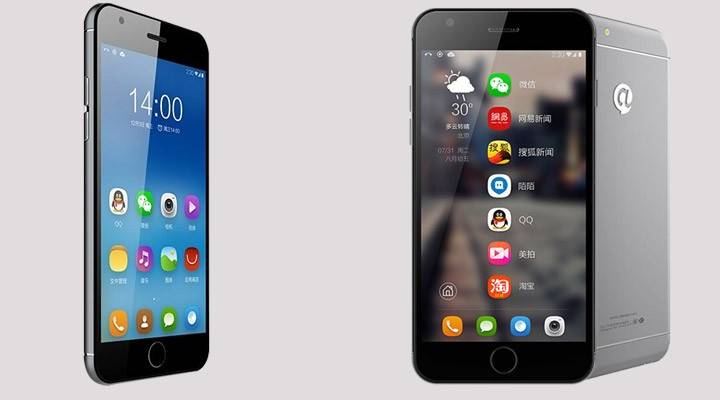 Ever since the iPhone first hit the market, it was all but inevitable that we would see a litany of clones in the ensuing years. Some have been more subtle than others, such as Samsung’s Galaxy Alpha from late last year, but the most entertaining knockoffs are the ones that are nearly indistinguishable from the real thing.

That’s why our mouths are still agape at the insanity of the Dakele 3.

READ MORE: First Samsung, then Xiaomi – now another big company has ripped off the iPhone

Dakele’s newest smartphone is a nearly perfect clone of the iPhone 6, from its size to the placement of the volume controls to the home button with its silver outline. At a glance, there’s almost no way to tell the difference between the two phones, but even once you turn it on, it still might take you a minute to get your bearings.

You might notice that the UI shares some uncanny resemblances with iOS 8. Goophone is probably quaking in its knockoff designer boots about now.

But the most interesting part of this story isn’t that Dakele made an iPhone 6 clone — it’s that this iPhone 6 clone is substantially more powerful than the iPhone 6 itself. According to Dakele’s website, the Dakele 3 (also known as Big Cola) features a 5-inch 1080p display, 64-bit octa-core processor, 3GB of RAM, 16GB of internal storage, a 13-megapixel Sony camera sensor and a 2500 mAh battery.