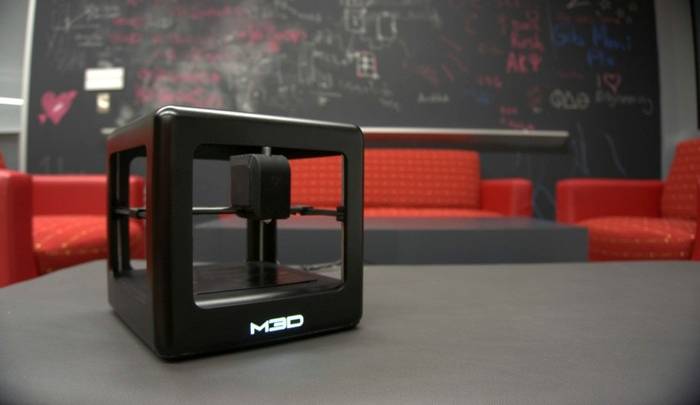 Ten days ago a 3D printer called The Micro started a Kickstarter campaign with the modest goal of raising $50,000 in a month. With 18 days to go, the project has already raised nearly $3 million. The Micro has gained more than 10,000 followers and all of the early production runs of the $199 and $299 versions of the device have sold out. New supporters will have to pick a February 2015 shipment date of pay at least $600 for very early test production runs. Obviously, the frenzy of excitement around The Micro seems to indicate that there is real fascination about the idea of owning a 3D printer priced at the level of a video game console.

But what happens if The Micro and its ilk drive the component and manufacturing costs of 3D printers low enough to enable mass market adoption? Gartner has a bleak prediction: Cheap and widely available 3D printers could lead to intellectual property losses topping $100 billion per year. Dozens of household items could be replaced by DIY products cranked out by 3D printers. How could Mattel or Hasbro possibly police whether their IP is infringed by individuals in the privacy of their own homes? Could distribution of blueprints for Mickey Mouse candleholders or Gucci eyeglass frames possibly be effectively blocked?

It seems inevitable that major IP issues will pop up sooner or later. But it’s another question entirely how precisely the cheap home printers can shape products in the near future and whether the tactile feel, flexibility, weight and coloring of home-brewed products is good enough for people to start substituting household items en masse. Toy and household goods vendors also have the option of trying to embed electronics into their products to make them harder to mimic and raising value added. This could push the toy business towards Disney Infinity type direction where physical items are designed to interact with tablets and phones, thus rendering them immune to attempts to duplicate.