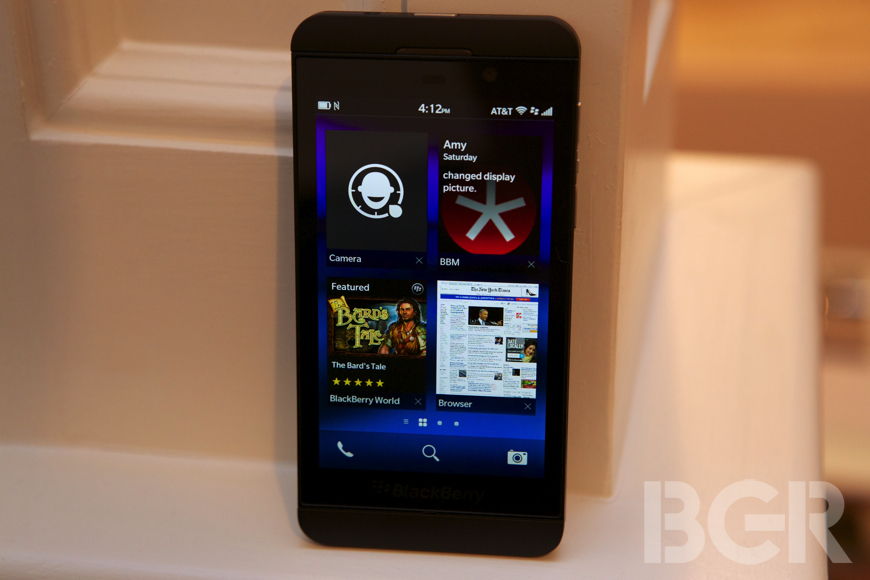 BlackBerry (BBRY) shares were up sharply on Monday as analysts continued to upgrade the stock. The reinvigorated vendor also got some potentially game-changing news recently as one plugged-in industry watcher reported that half of early BlackBerry Z10 demand in Canada was coming from people who aren’t currently BlackBerry users. But will all this good news translate into solid sales? We likely won’t know any firm numbers for quite some time but according to BlackBerry, Z10 sales to date have been even better than the company expected.

BlackBerry’s first crack at a full-touch BlackBerry 10 smartphone launched last week in the UK and according to BlackBerry UK managing director Stephen Bates, sales have been strong so far.

“The response we’ve seen exceeded all of our launch partners’ expectations. Customers are choosing to buy the BlackBerry Z10 in large numbers,” Bates told TechCrunch. “In fact some of our partners have told us that they sold out over the weekend in some of their key retail locations. The partners’ call centres are also flooded with calls, as people phone to ask for more information about the device, and also where and how to buy it.”

The BlackBerry Z10 launches in Canada and some European markets on Tuesday, February 5th, and it will be released in the United States starting in mid-March.