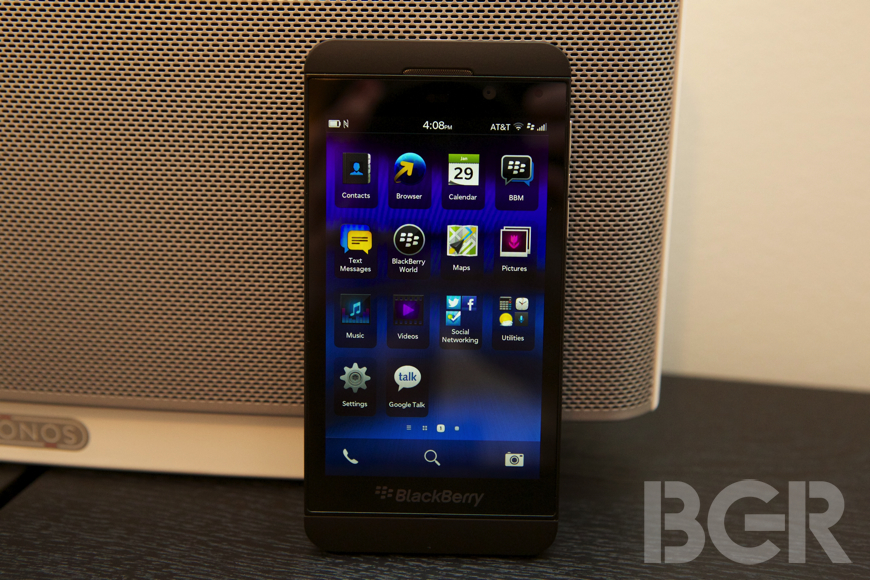 BlackBerry’s (BBRY) next-generation BlackBerry Z10 smartphone will finally become available on AT&T (T) beginning March 22nd. The nation’s No.2 carrier announced on Monday that it will begin taking preorders for the BlackBerry Z10 on March 12th ahead of the phone’s release next Friday. The Z10 will cost $199.99 with a two-year agreement, as expected, and customers can register on AT&T’s website to be notified as soon as preorders go live. BGR reviewed the BlackBerry Z10 last month and called it a huge step in the right direction, but we wondered if it would be enough to draw a significant number of users from more established platforms. AT&T’s full press release follows below.

Wireless customers looking for a smartphone that helps them balance the important aspects of their lives will soon have a new option.  Beginning March 12, AT&T*  will kick-off consumer pre-sales of the BlackBerry® Z10 smartphone for $199.99 with a two-year agreement athttp://www.att.com/z10.  The smartphone will be generally available for all customers, including corporate customers or those receiving a corporate discount, through all AT&T channels on March 22.

The BlackBerry Z10 is the first smartphone to launch with the re-designed, re-engineered and re-invented BlackBerry® 10 platform, offering customers a powerful and unique new mobile experience. It is the fastest and most advanced BlackBerry smartphone yet, and is designed to continuously adapt to a customer’s needs.

“AT&T customers were the first to experience BlackBerry smartphones and services in the U.S. and we are thrilled to bring the next evolution, the BlackBerry Z10, to the nation’s fastest 4G LTE network,” said Jeff Bradley, senior vice president, Devices and Developer Services, AT&T Mobility. “Customers who have grown to love the tried and true BlackBerry experience will continue to enjoy the easy typing and the secure platform they expect with a fresh platform that lets them get more out of their smartphone with easy access to all their messages in BlackBerry Hub.”

BlackBerry 10 is a re-designed, re-engineered and re-invented BlackBerry platform that gives customers a faster and smarter experience that continuously adapts to their needs with advancements such as: