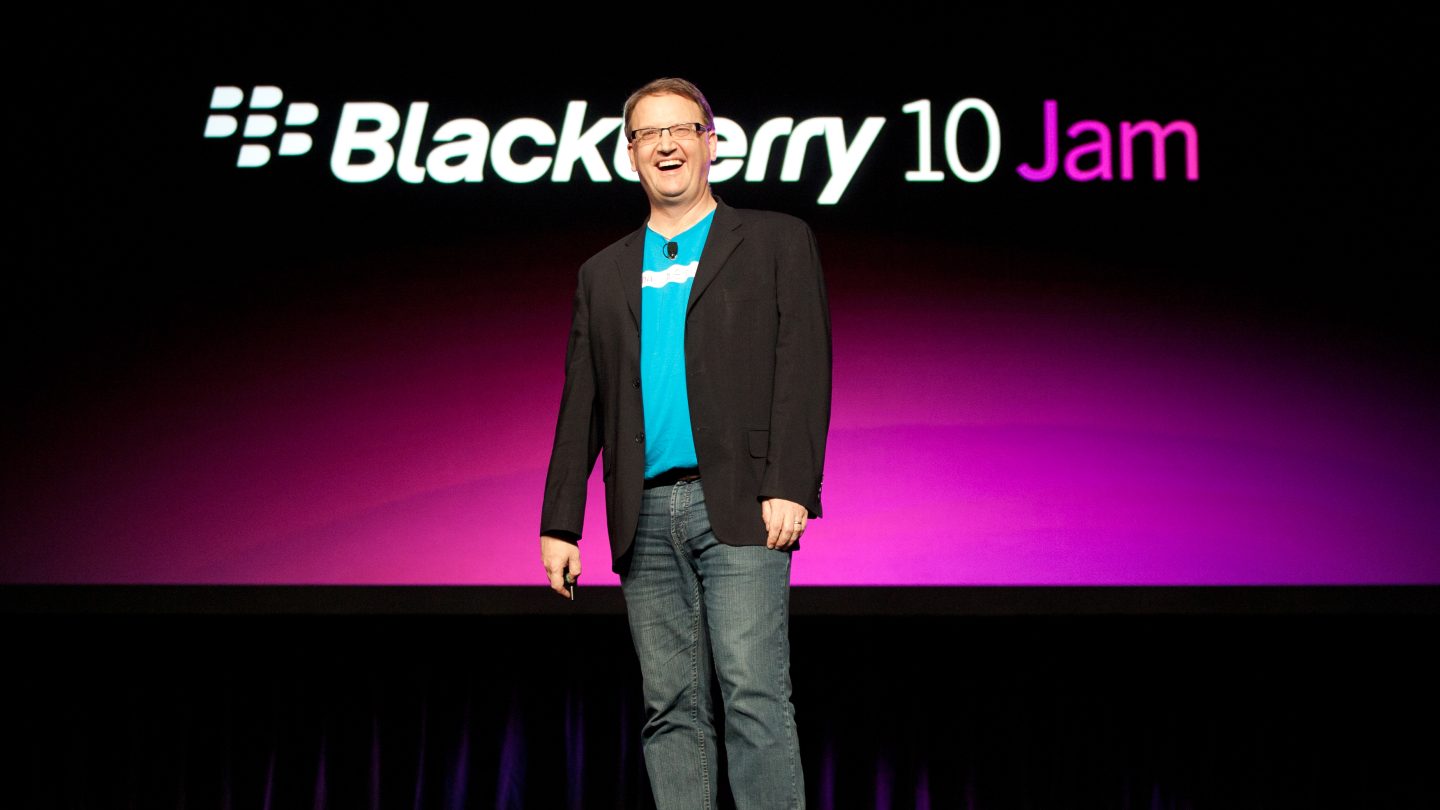 BlackBerry VP of Developer Relations Alec Saunders hasn’t done a great job in his role. But to pop off like this in an email chain that’s sent to a whole heap of important BlackBerry analysts, investors and executives? That’s low, even for someone who has basically failed to try to corral developers and big name partners into developing apps for BlackBerry’s ecosystem.

Below is a portion of the full email thread, and we have removed part of the actual emails out of respect for the unwilling participants. It starts off with the sender blasting out an email insinuating that Prem Watsa, BlackBerry shareholder and investor, is out of his mind for thinking BlackBerry is worth $9 a share. He goes on to discuss what he thinks BlackBerry is worth, or not worth, and how it will affect Fairfax Financial if its goes through with its not-so-solid deal. Alec Saunders replies with a big “fuck you…  you parasite,” and the original sender then calls Saunders impotent at work (and at home!).

It’s hard to blame Alec for lashing out, though. Just for some context, the sender has been sending emails like this for months, maybe longer. But what’s more interesting is how accurate most of them are in terms of predicting what’s happening to BlackBerry, how the market will most likely react, and what traders and other companies have been saying about the company behind closed doors.

9 dollar is decentI have to admit he was good predicting crashes, however, just like buffet, he’s not good at tech, in fact, he doesn’t even know how to use a computer.If he was good at tech, why did he buy RIMM over 40 dollars? While he was in the board of director, he did BBRY do?Mike Larzaridis is not coming back even if he didn’t get illness. He has no face to come back, he lied too much before he step downAugust quarter, it loses 1 billion, what about Sep-Nov quarter, it lays of 4500 people, it will cost them around 400 million, depend of each man’s salary, years of services, vacation, etc. next quarter they will lose more than 1 billion dollars, over 2 dollars/share, BBRY should only worth 4 to 5 dollars by November, so 9 dollars offer is decent, again Wasta doesn’t know anything about smartphone.free BBM makes no money, more user it took, more man power, hardware they will spend, so cost up, revenue 0 from BBM, I don’t recommand any Chinese to buy BBRY phone, or develop APP for BBRY, but I DO recommand all Chinese to download BBRY.

Wasta can learn from his mistake, still walk away with no penalty, BBRY keeps bleeding, bankruptcy is near, however, if Wasta takes bbry with him, with in 2 years, Fairfax will go bankruptcy

Now all analysts are following me, so there’s no doubt that bbry to lose another billion or 2 dollar/share by end of November, By end of November Wasta won’t pay 9 dollars for a company only worth 5 dollars.
Another big win this quarter for the teacher. actually the teacher starts to cover now, short too many shares, take time to cover.
Although the teacher suspect, no one takes over bbry, then bankruptcy. Stock market is like this, Goog takes over Moto, Dell takes over dell, msft takes over nokia, everyone believe someone to take over bbry, band! band! just like Lehmann, bbry bankrupt. no one did anything!
However, the teacher is expert in trading, and evaluate.
The game plan is following: start to cover all shorts first, probably it will take another week or so. Then wait until November, if fairfax take over RIM, short FFH.TO, if no one takes over RIM, short BBRY, If someone else take over RIM, short someone else

Sent from my BlackBerry 10 smartphone.

Alec,
I forgive you to use that F word, I am shameful as you graduated from University of Waterloo. It’s not your fault QNX is garbage. It’s not your fault RIM goes to bankruptcy. Relax man, you lose too much hair recently, As I am good at evaluate company and people, I say you are both impotent at work and home!

Here are a couple completely separate emails from earlier in the year:

1. Heins said in the conference call about it’s still early stage of BB10. No, it was supposed to release 2 years ago. Larzaridis lied about missing hardware, now can he tell us which hardware, so BB10 is a 2 years ago grandfather phone.