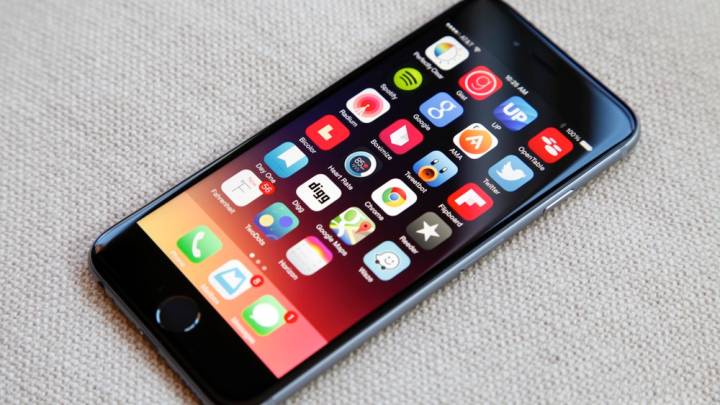 Black Friday doesn’t just offer awesome deals on hardware, as you can get some amazing bargains on software as well. iPhone Tricks has done a nice job of rounding up some of the best Black Friday smartphone app deals you can get this year and we’ve picked out eight apps that are now free for a limited time right now and represent total savings of around $34.

DON’T MISS: 7 awesome paid iPhone apps that are now free for a limited time (save $32!)

BUZZ Player is a multimedia player that supports several audio and video files not supported natively on iOS. The app normally costs $3.99 but is available to download for free between now and Monday, December 1st.

Things is a popular task management app has won wide acclaim for its ability to help you simply organize everything you need to do in your life. It normally costs $9.99 but can be downloaded for free for a limited time.

Anyone who’s ever followed benchmarks for smartphones has certainly heard of Geekbench 3 before, as Primate Labs’ popular benchmarking app has been used to measure up countless mobile devices over the years. The app normally costs $0.99 but can be downloaded for free for a limited time.

As a companion app for Instagram, Instagrab lets you add a lot more functionality to Instagram, including letting you “collect photos/videos for your private Stacks, discover local photos based on your real-time location or by any location, repost a favorite picture/video” and much, much more. This app normally costs $2.99 but you can download it for free for a limited time.

As its name suggests, TurboScan is an app that will help you scan your documents quickly and easily with the help of “advanced fast algorithms to auto-detect document edges, straighten the documents (correct perspective), eliminate shadows and set a perfect contrast.” It normally costs $2.99 but is free to download for a limited time right now.

This is the perfect app for TV junkies who just watch too many shows to keep track of. TeeVee 3 includes a database of “more than 30,000” shows and gives you notices of exactly when new episodes are set to come on. The app usually costs $2.99 but can be downloaded for free for a limited time.

Remindly is another great task manager app that features a great “Auto-Snooze” feature that will let you delay alerts for certain tasks until later. The “Auto-Snooze” feature also “allows you to prioritize very important tasks with continual reminders” and “categorize everyone of your reminders.” It usually costs $4.99 but can be downloaded now for free for a limited time.

And finally, we have Telltale’s acclaimed game series based on the hugely popular zombie drama The Walking Dead. In this particular deal, you can get the first episode of the game’s second season for free and then choose to buy subsequent episodes if you get hooked. The first episode normally costs $4.99 but you can download it now for free for a limited time.