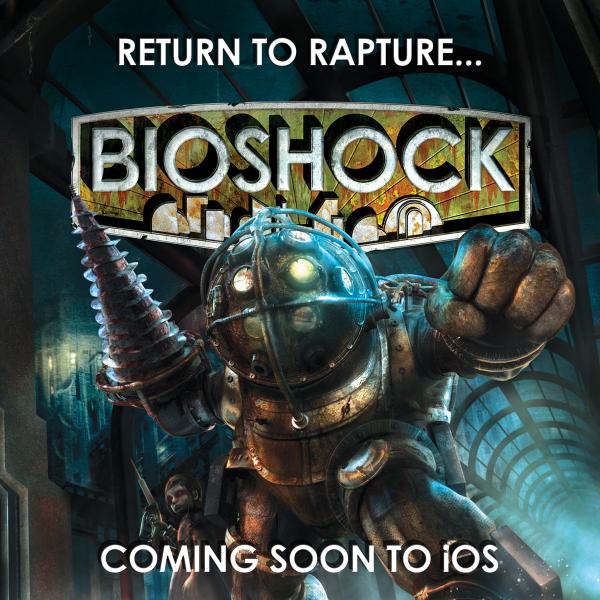 Over the past few years, the smartphone has become the most popular gaming platform in the world. Anyone with an iPhone has at least dabbled in free-to-play games, from Clash of Clans to the ubiquitous Candy Crush Saga, but there’s a growing premium market on the App Store as well, featuring ports of some of the biggest console games of the past generation. XCOM: Enemy Unknown made a successful transition to iOS last year and now 2K Games will be attempting to recreate the magic with BioShock later this summer.

Engadget got some hands-on time with the iOS version of the original BioShock, and although it doesn’t look nearly as sharp as its console predecessor, the touch screen controls are reportedly serviceable enough so as not to distract from the game. BioShock will also support Bluetooth controllers for those who want an experience more on par the console release.

As for price, the game will likely fall somewhere within the $10 – $30 range, but a 2K representative noted that BioShock “is a seven year old game,” so $10 is probably a safe bet. In order to run the game, you’ll need one of the following iOS devices: iPad Air, iPad Mini 2, iPad 4, iPhone 5S, iPhone 5C or iPhone 5. 2K tells Engadget that the game won’t even run on older devices.

There is no release date yet, but BioShock should hit the App Store before the end of the summer.