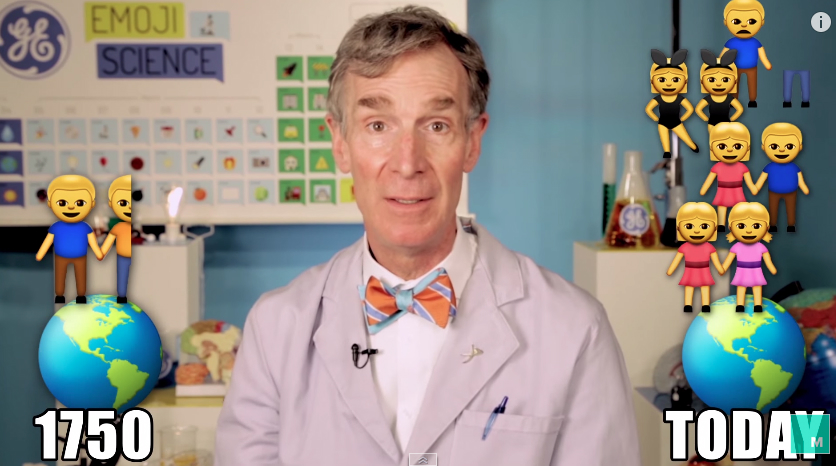 Climate change isn’t the easiest topic Bill Nye The Science Guy could have chosen to explain with help of emoji, but he did it in a short video that guides you through what’s going on with our climate. And it’s amazing.

Nye doesn’t go into a deep tutorial about the evolution of mankind and what that means for Earth’s climate, but he does get the job done in his effort to make you understand how we’re negatively affecting the atmosphere, how that’s changing the Earth’s climate, and what we can do to help slow it.

Basically, it all boils down to this: there are too many people on the planet, and we’re not acting responsibly, especially when it comes to producing and consuming energy. Nye says we need to find more to use renewable energy sources and better store green energy that’s produced more efficiently.

Something Nye doesn’t mention in the video below is that we’re planning to terraform Mars so one day we might be able to live there, and that technology could also be used to repair some of damage we’ve already done to Earth.