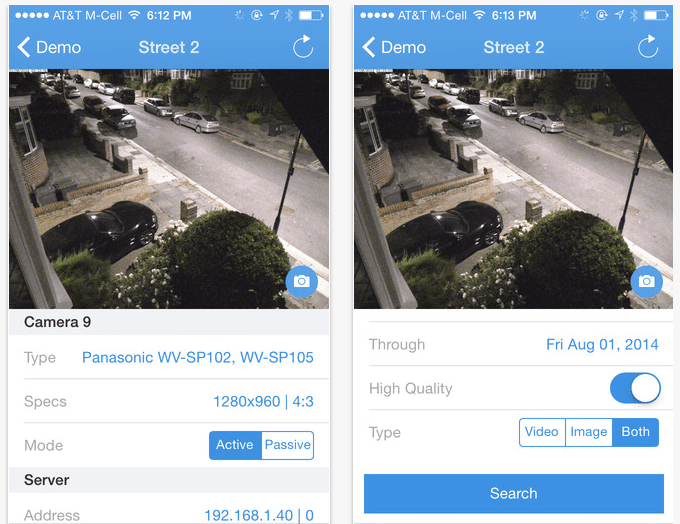 Anyone who has set up a SecuritySpy software system on their Mac will totally want to check out this new iPhone app from SK Dev Solutions. Spyglass is an app that just launched on the App Store this week that will give you the ability to watch all of your SecuritySpy camera feeds directly from the comfort of your iPhone.

The app was created by two developers who say that they’re “addicted to their Security Spy cameras” and it promises to give you “complete control of your server from the palm of your hand.” The app lets you set up new SecuritySpy camera feeds just by entering in your server number while also giving you push notifications in case any motion alerts get trigged and live audio streaming if your camera supports it. Spyglass also supports an unlimited number of servers, so you can get all of your SecuritySpy feeds in one place without having to use other apps.

Spyglass is available to buy right now for $4.99 from the App Store, although its developers say that this is a special launch price and that it will probably be more expensive going forward. Check out the app yourself by clicking the App Store link below. The developer, Sean Kovacs, was the creator of the original GV Mobile app on the iPhone which Apple infamously removed for the App Store to major controversy. Additionally the icon was created by Matthias Kampitsch.