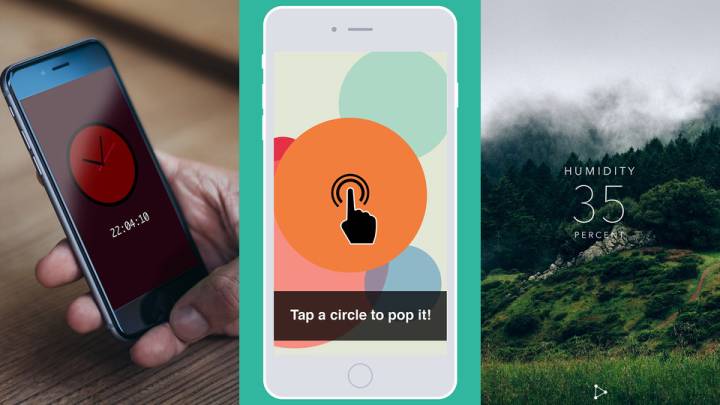 Wow! Apple’s new iPhone 6s, iPhone 6s Plus and iPad Pro are all now official, and Apple fans were blown away despite all of the leaks and rumors. And what better way to prepare yourself for Apple’s new device launches than by loading up on paid iPhone and iPad apps on sale for free? We’ve got eight great apps worth $31 on today’s list, and you’ll find a few more freebies in yesterday’s post as well.

What the press is saying about Infinity Blade III:

Siris and Isa have joined with the God-King Raidriar in a desperate attempt to destroy the Worker of Secrets and his army of Deathless titans. Uncover new mysteries to wield the power of the Infinity Blade in this timeless adventure of champions and villains.

RESPONSIVE AND INTUITIVE TOUCH CONTROLS
Attack, dodge, block, and cast devastating spells – all with the simple swipe of a finger.

SIMPLE NAVIGATION   Easy to use, tap-to-move controls enable players to effortlessly navigate and explore while searching for collectible items such as treasure, swords, shields, armor and other magical rewards.

TWO PLAYABLE CHARACTERS
Battle all-new enemies as both the legendary hero Siris, and the stealthy female warrior-thief, Isa, each with three unique combat styles and hundreds of fantastic weapons and items.

THE HIDEOUT
Discover and unlock allies to join your cause at your all-new base of operations. Here, you’ll encounter the Gemcutter, Potionmaster, Blacksmith, and Merchant, who will help you unlock incredible new strength and skills.

NEW ACHIEVEMENTS
All-new Goals feature takes achievements to the next level, allowing players to earn valuable Chips that they can spend on keys, treasure maps, prize wheels, and other rare in-game items.

Humidity is a beautiful and ad free way to view your humidity levels and other various weather statistics based on your current location.

Tap away at circles to pop them! Circle ( POP ) is an amazing experience that will light up your eyes with color :)

Pop circles for points, but don’t let any escape and fill the screen or it’s game over! If you see a circle with a red ring around it, avoid it like the plague and stay away!

You can pop by yourself or with your friends, on iPhone or on your iPad! So much fun, it’ll have you saying “just one more time, one more game and that’s it, honestly!”

P.S. Not for sore losers or the faint of heart!

More features coming really soon that will make Nova Watch the coolest accessory to have on hand so keep an eye on us!

Puzzle Blitz is a frantic puzzle solving race against the clock! Solve as many puzzles as you can, before time runs out!

You have 3 minutes! Place the pieces in the right spots to complete a puzzle. Every time you solve a puzzle, extra time is added to the clock.

Compete against your friends on the global leaderboard, and become a puzzle solving champion!

Use it to measures your running speed.*

It also keeps the total distance you traveled.
Note:

Motion Robot does not use battery-depleting GPS chip to calculate your speed.

Motion Robot is battery optimized to last full 7 days of daily use from a full charge.

Your contacts are the most important data in your phone which easily becomes messy if not consistently updated.
Cleaner easily helps you detect and merge duplicate contacts.

Do you think your address book is well organize?
You will be surprised how ‘Cleaner’ can upgrade it!