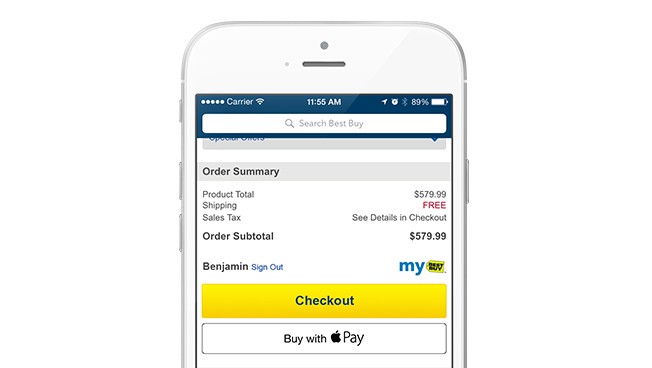 Best Buy on Monday announced it’ll support a new wireless payments technology both in stores and in a version of its mobile app, with the latter option available immediately, despite not having been eager to do so in the past.

The mobile payment solution is Apple Pay, which is currently the most used such app even though it arrived much later to the NFC payments game than competing offers from Google and others.

DON’T MISS: The Galaxy S6 edge is a bigger hit than Samsung ever dreamed

So far, Best Buy decided to oppose Apple Pay integration, as it remained loyal to CurrentC, a mobile payment option backed by MCX, a consortium of major retailers that includes big names such as Walmart, Gap, CVS, Rite-Aid, and many others on top of Best Buy.

Even though it publicly said that MCX agreements between retailers do not include provisions to reject competing products like Apple Pay from being used simultaneously with CurrentC, the consortium is yet to really embrace Apple Pay or other options.

Speaking to two retailers involved in MCX, The New York Times found out that companies interested in MCX signed exclusivity agreements, which means they might have been indeed “contractually bound not to accept alternative mobile wallet payments.”

People familiar with the matter said that some of the exclusivity agreements will expire soon, which explains why Best Buy will start accepting Apple Pay payments this year.

The company said in a short announcement that Apple Pay is already available to users who have the latest iOS version installed on their devices. U.S. Best Buy stores will start accepting Apple Pay payments later this year, the company said, but there’s no firm release date for it.

Best Buy is yet to say whether Samsung Pay will also be accepted in stores once it launches but the company said it’ll focus even more on the user’s mobile experience in the future.