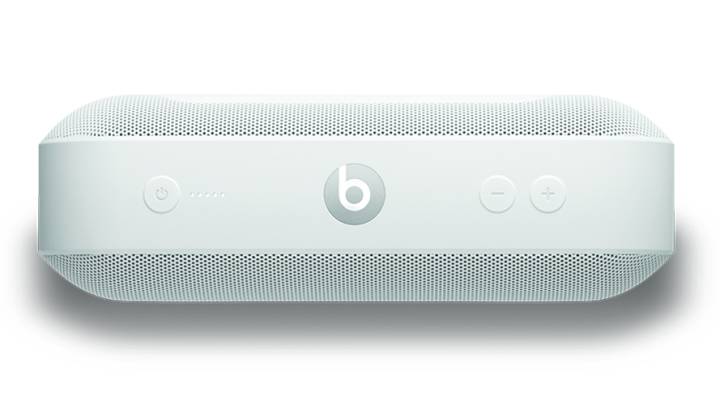 When Apple acquired Beats to the tune of $3 billion last year, everyone with an interest in either company got excited about the possibilities. Beats and Apple both have mass appeal, but Beats products have never received the same praise as Apple’s when it comes to quality design. With the new Beats Pill+, that might finally change.

DON’T MISS: The story of the Surface Book, from concept to creation

As popular as they’ve been, the Beats Pill speakers have a bit of a spotty history, culminating in a huge recall when it was made clear that the Beats Pill XL posed a fire safety risk.

Putting that incident behind them, Beats and Apple have forged ahead with the product line, introducing the Beats Pill+ on Wednesday morning. We haven’t had a chance to get our hands on the speaker ourselves, but here are some thoughts on Pill+ from a couple publications from around the Web.

“The industrial design is understated, more grown-up. The shell feels nicer, the new grill is handsome. The front-and-center red “b” logo has been replaced by a cool white “b” logo on the top. Whether or not Apple had any say here is a mystery, but looking at it, it does look more Applesque than the old Pill, don’t you think?”

“More important than the look and build is the sound, and judging from my brief demo the Pill+ is likely the best-sounding Pill ever. That’s apparently all thanks to what’s called a two-way active system, meaning that amplifiers are built into the speakers — two in fact, one for each pair of woofer and tweeter. This helps better assign the different frequencies of music to the right parts of the speaker, resulting in better sound.”

Beats is also releasing a new Beats Pill+ app for iOS and Android alongside the speaker. The app will allow users to toggle the modes of play on the speaker as well as give their friends access to pair with the device.

The Beats Pill+ will be available for $229.95 from Apple.com and authorized retailers in November.