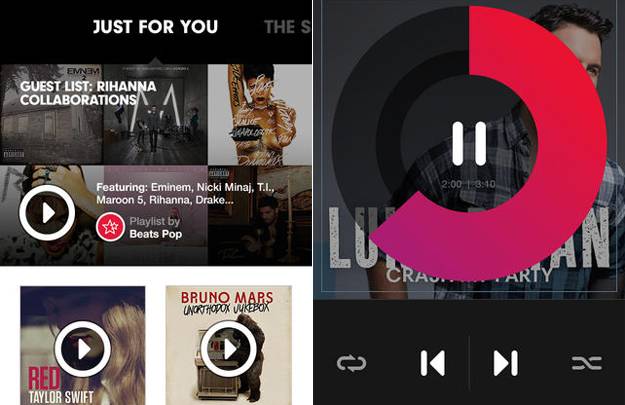 When Apple acquired Beats Music for $3 billion last May, it instantly became the company’s most expensive purchase ever. While the dollar amount involved in the deal might have raised some eyebrows, the acquisition target certainly did not.

With streaming music sites like Pandora and Spotify still gaining in popularity, Apple’s need to get into the streaming music business abundantly clear. And given the tepid product that was iTunes Radio, Apple arguably had no other choice but to go big and bring on an established music-brand if it ever wanted to truly compete with the likes of Spotify.

Now, nearly one year later, we still haven’t seen how Apple plans to integrate Beats Music into iOS. The most recent rumblings from the rumor mill suggest that Apple will have something to show us at WWDC 2015, suggesting that we’ll have to wait until iOS 9 to see how Apple plans to tackle streaming music.

Meanwhile, other streaming sites continue to attract new customers. This begs the question — just how can Beats Music compete with established music players? Even if Beats Music is pretty good, competing services from the likes of Spotify are also pretty good. And with reports circulating that Apple won’t be able to undercut Spotify on pricing, is there anything Apple can do to make a huge splash onto the streaming music scene and, potentially, knock Spotify off of its perch?

Tackling this very issue, Larry Sukernik recently laid out a number of ways Apple’s foray into streaming music can hit the ground running.

One of the more interesting ideas Sukernik posits is that Apple, if it can’t secure a lower pricepoint from record labels, should undercut Spotify’s $9.99/month rate anyways. While it’s hard to see Apple taking this route, it’s not completely worth dismissing out of hand. At the very least, Apple could theoretically take a monetary hit for just a few months and offer an introductory first year price at, say, $7.99/month. With Spotify’s user base continuing to grow, Apple will have to do all it can to attract new users and, perhaps, siphon a few away from competing services.

Sukernik also mentions that Apple might be well advised to offer exclusives, a nice idea Apple has already used with great success on the traditional iTunes Music Store. Not surprisingly, a recent report from The New York Times relayed that Beats co-founder and music industry bigwig Jimmy Iovine is already working hard behind the scenes to do just that.

On a related note, it was also reported recently that the man leading the charge on the Beats Music app and its integration into iTunes is none other than former Nine Inch Nails frontman Trent Reznor.

Sukernik’s full piece is extremely insightful and well worth a read for anyone interested in the emerging corporate battle for our music loving ears.