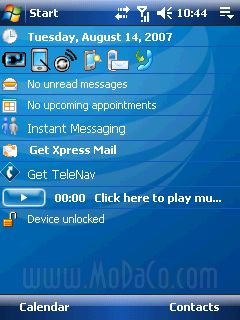 If there was any doubt in your minds whatsoever, this should alleviate that. Paul from MoDaCo tell us that both the AT&T and HTC Kaiser, Tilt, 8925 (or whatever you want to call it) ROMs are now finalized and the device should be ready to go. They’ve got a whole slew of screenshots right from the device, and boy does it look good!

On another note, one of our HTC contacts has informed us that AT&T will actually be the first to get the device, instead of HTC distributing their version to resellers first. AT&T, we love you, you are killing it!